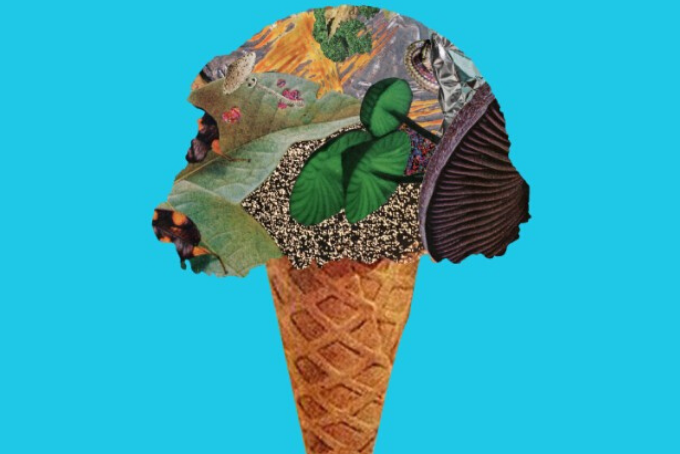 We live for teasers from bands, which pose the arrival of new albums and material. Modest Mouse, the alternative-rock group from Washington state, released the single “Ice Cream Party” on Friday. Their music bounces from different styles, allowing us to sway to a gentle rhythm that is “ICP,” or shake our bones to “Float On” or “Dashboard,” the bops from 2004 and 2007 that called to youth and catapulted their name in the music scene.

The men of Modest Mouse are currently on tour with The Black Keys, but have been working in the music-lab since the release of their 2015 album, Strangers to Ourselves, with tracks like “Lampshades on Fire” and the title single.

The new single, which is the third released this year with “Poison the Well” and “I’m Still Here,” takes us in a trance, about six minutes long. The slow-moving sounds of drums and electric guitar build and breakaway for the first minute, until lead singer Isaac Brock invites us to his party. You can’t help but wonder where it’s going, making you refuse to turn away while listening.

The lyrics later indicate a troubled home, where the disputes between a father and his family are thankfully coming to an end. “Well, my father doesn’t bring the belt no more, it’s alright, would you please come over? // Sure you’ve heard that him and mom are separated and he’s gone, he won’t be around.” This detail is subdued and concealed by the sounds.

The “Ice Cream Party” chorus is code for a celebration or rejuvenation — an end to abuse. Brock pleads for a friend to play with so he can join other kids and escape the turmoil. “There’s an end to the day and it ends much differently this time, come over”.

The single has a picture of an icy cold treat outlined in a light blue backdrop. The scoop on top features the different aspects in nature, signaling a dream sequence.

If you check their Instagram game, the content is weird and psychedelic, almost channeling the sublime. That doesn’t surprise us, as their genre and melodies speak for themselves.

Don’t get FOMO for not going to their “Ice Cream Party.” Listen to the track here.