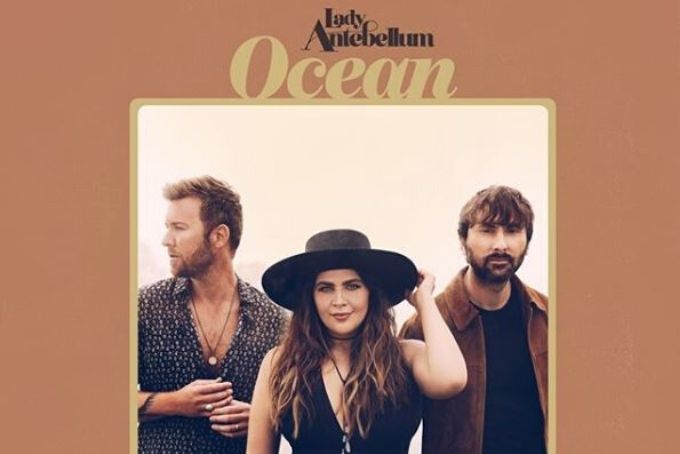 Fans have been patiently waiting for new music from Lady Antebellum and finally the band has released its eighth studio album, Ocean! Ocean has been heavily promoted on the band’s social media pages and the promotion for the album started in May with their single “What if I Never Get Over You.” This single was their first single to come from the album, as well as a big milestone for the band, since it was their first single releasing with Big Machine Records.

“What If I Never Get Over You” is out now! 💛 There’s so many universal truths in this one and really takes us back to our beginning as a band. We hope you like it as much as we do!

The band later released the second single from the album “Pictures” in August, leading up to the announcement of the album.

“Pictures” is out now! There’s a ton of reflection on the reality that things are more complex than they appear sometimes, and the lyrics within this one really dig deep.

After much anticipation and a few more singles that released, including “Boots” and “Be Patient With My Love,” they announced the release of Ocean.

‘Ocean’ is out now! Life has its way of taking us through the ebbs and flows – the waves of the good and the hard times. Our hope is that you can find your own stories throughout this album and that our connection to each other can become stronger because of it.

In our opinion, Ocean is probably the most relatable and heartfelt album that the band has released yet. The songs are deep and meaningful, especially “What I’m Leaving For” and “Pictures.” The songs relate to people who are growing up in their lives and sometimes have to make difficult decisions for themselves and their families. This album even features a track with Little Big Town. As for our favorite, “What if I Never Get Over You” takes the cake. This song’s extremely meaningful and heartfelt, and that’s why we love it! While a lot of their songs on this album contain a slower sound, we always love this Lady A style.

While Lady A won’t be going on tour any time soon, fans are hopeful to see another round of concerts over the summer. Check out the amazing album on Spotify here: