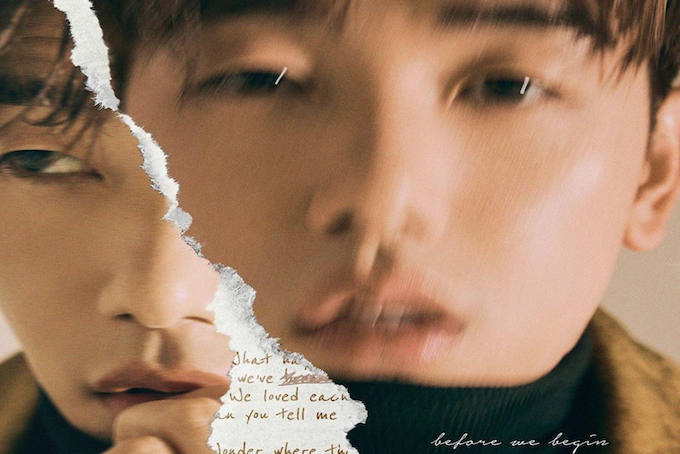 Since his debut in 2013, Korean-American singer-songwriter Eric Nam has made waves in the entertainment world with his music and as a popular host. The Atlantan-bred artist has released albums ranging from sweet ballads to smooth pop and R&B hits. The K-pop star has now released his first English album, Before We Begin.

On the surface, Before We Begin is an album full of cheeky love songs and breakup jams, but Nam has stated in interviews that it’s all up for interpretation. In fact, the album represents his identity and struggles as an Asian-American artist trying to break through into the entertainment industry.

This time around, the songwriting is a lot more raw and vulnerable as he reflects on not only relationships but life in general and his journey as an artist. The tracks also showcase a sonic maturity for the artist compared to his previous light-hearted pop tracks.

The opening track invites that one perfect person to literally “Come Through” as Eric sings about being open and vulnerable about finding love. Things might not always happen like your favorite rom-com but we can all dream.

The previously released track “Love Die Young” is a sweet song about holding on to a relationship and essentially never letting go. The artist has stated that it can also be about passion and pursuing things that are important to someone in this lifetime.

The title track “Congratulations” features Marc E. Bassy, and although they ruminate on a heartbreak, the singers put forth a playful and exuberant vibe.

“Congratulations // You’re finally leaving // Let’s throw a party here tonight // And toast to the end of you and I,” they sing on the chorus.

Nam continues to shine with his bright vocals on “How’m I’m Doing.” Once again, it might seem like he’s asking a lover how he’s doing in a relationship, but it can get a lot deeper than that. Really, he’s asking everyone and himself if he’s doing this life thing right, and it could not be more relatable than that.

“No Shame” is an English version of his popular Korean single “Honestly.” Whatever language you listen it to, the infectious beat needs no translation and the message is clear. We all wish we could do or say what we want in a relationship without any consequences.

The universal themes and his ability to be transparent about his career path is all done through these eight fun pop tracks. The release of Before We Begin is an introduction of Eric Nam to the American music industry and is only a tantalizing taste of what’s to come.

Listen to Before We Begin Now: