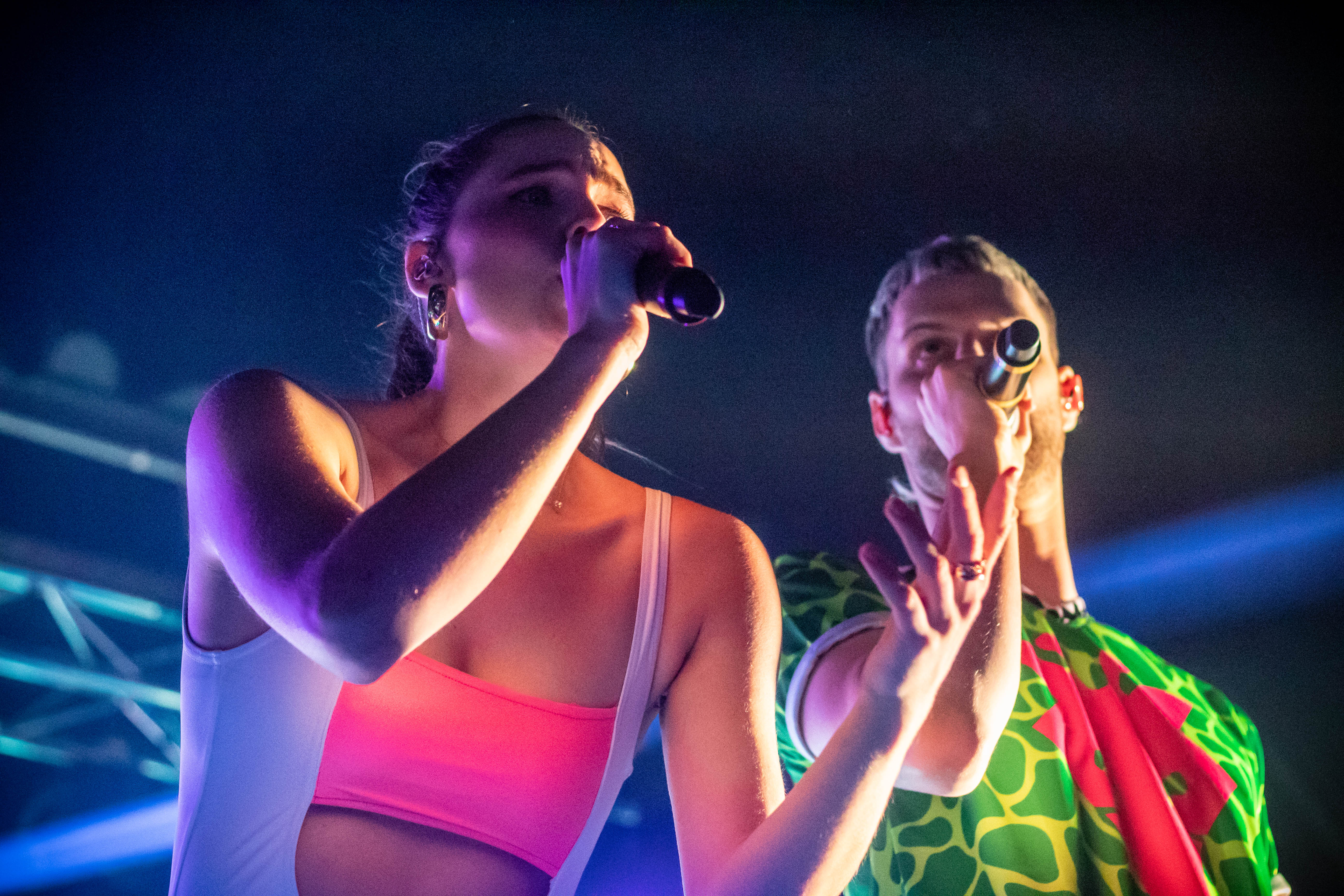 The stage at Electric Brixton in London on Saturday, Nov. 23, was unrecognizable with the addition of elaborate plant life, neon flowers, electronic musical screens and traces of wildlife — the signature style for pop-duo, SOFI TUKKER. The venue was absolutely packed with a sold-out crowd dressed in purple hats, cheetah print and glitter — if you know, you know.

The night kicked off with some major girl power as female DJs LP Giobbi and Nina Las Vegas held a consistent beat and hyped the room up. SOFI TUKKER finally made it to the stage, and Electric Brixton immediately turned into a high-energy jungle. Looking like colorful wild birds, Sophie and Tucker glided across the stage from side to side, each having their own chance to engage with all parts of the crowd.

They started off the show on an extreme high as Sophie jumped over the barricade and into the crowd during “Awoo,” giving herself an adrenaline rush. She also previously announced that her grandfather was in the audience. We’re sure she was making him proud. Their performance chemistry was unmatched throughout the entire night but shined during “Like This,” when the two had mini dance-offs and shared moves together.

Midway through their show, after playing hits like “Playa Grande” and “Baby I’m a Queen,” Tucker stopped the show to tell the audience a story about when Sophie fell off of a riser at a show in Australia a few months ago. “We had to go home and didn’t know what to do, so we wrote a song about it. It’s complicated and really metaphorical.” Tucker laughed. He went on to say that the only lyrics are “She broke her leg, call the ambulance,” and then the audience responds with “Emergency.” The song even had a game of Simon Says in the middle of it, and they had the entire venue reaching down to touch their toes and then the sky.

“How many of you came with your best friends tonight?” Tucker asked the crowd. Everyone cheered knowing that they must be playing “Best Friend” and Sofi let out an “I did!” The liveliness of the audience was contagious and got even stronger when they played “Purple Hat.” The encores consisted of favorites “Fantasy” and “Drinkee,” and just like that the show was over, leaving everyone wishing they’d come back and play through the night.

If you can’t make it to the rest of their current tour, don’t worry about it – we’ve got you covered. SOFI TUKKER just announced a headlining run beginning this May in North America and then back to Europe again. If you want to escape to dance in a tropical forest, we highly recommend.