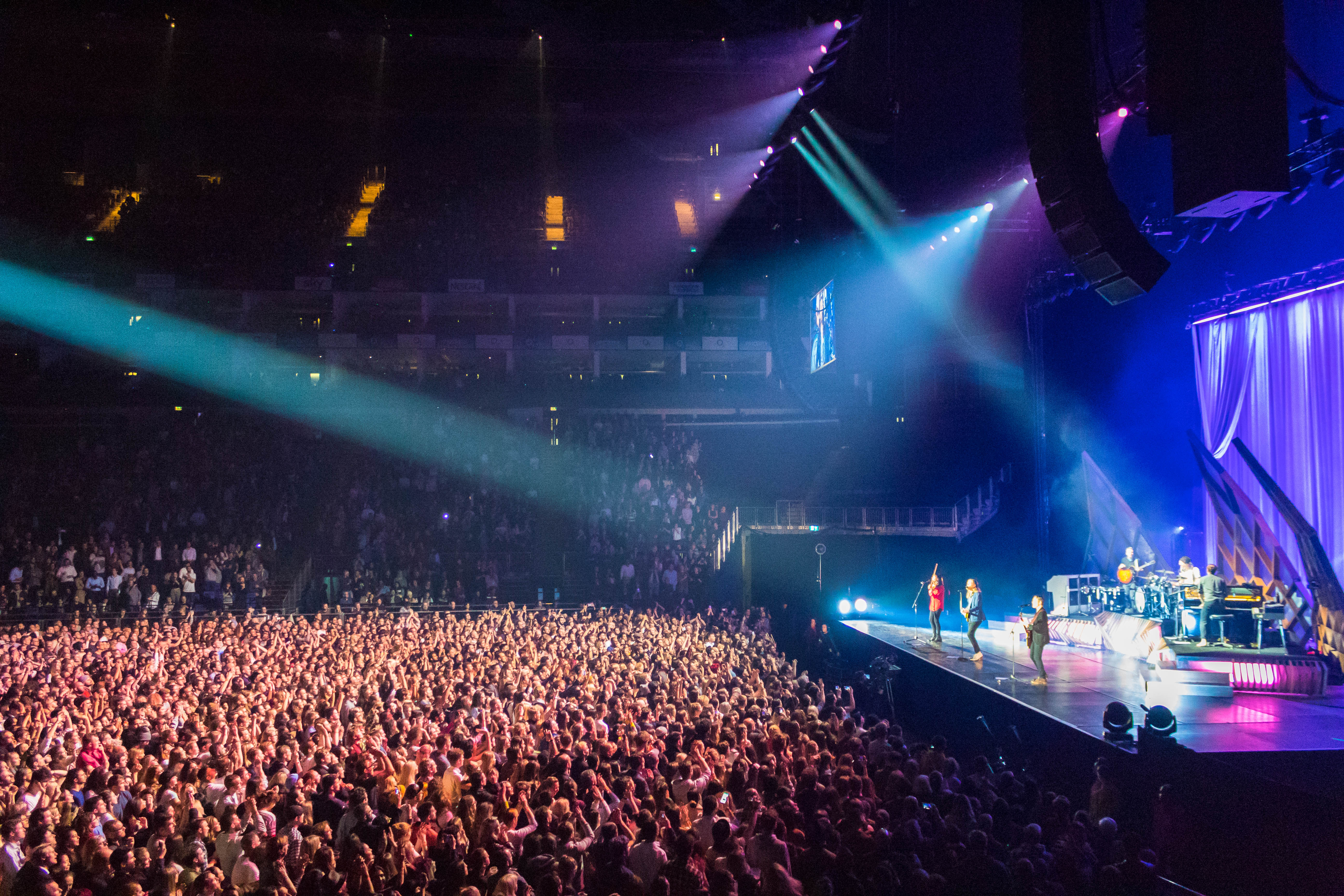 The Lumineers were clearly over-excited for their gig at London’s iconic O2 Arena on Wednesday, Nov. 27. They prefaced the night twice on their social media accounts. They began with a post remembering their very first show in London and how they’ve grown, the second with an exciting message on the board at the O2’s Tube stop.

This excerpt is not taken out of context. I just really love cheeseburgers…and I can still remember that one 7 years later. 🍔 Cant believe we are going to play the O2, all the hard work is paying off 🙏🏼 Going from playing to a few hundred people to playing a 20,000 capacity arena is still blowing my mind. – @jeremiahfraites

Frontman Wesley Schultz recalled their first London gig again after walking back onstage for their encore, “We saved a few for you so thank you for sticking around. Our first gig ever in London was in Hoxton and we had never sold out a show anywhere. That night we sold out with just 200 people. We’ve been out on the road for five weeks now and this is easily the biggest show, thank you.”

Earlier in the night, they played all their hits including “Ho Hey,” “Cleopatra,” “Gloria” and more. The arena was packed with happy couples and groups of friends hugging, twirling each other and stomping their feet to the folk-fueled beats, there was not one hint of negativity in the air. The highlight of the performance was when Schultz destroyed his tambourine by throwing it on the stage floor during “Ophelia” and then immediately making his way through the standing crowd. It was quite comical as you could hear fans scream into his microphone.

Prior to the angelic “My Cell,” Schultz got a laugh out of the audience by stating that bandmate Jeremiah Fraites can play almost any instrument on stage but this was the only song he can play on the guitar.

The pride that the band had during their performance was unexplainable after they all kept mentioning that this is the biggest show they have ever played in London. During “Big Parade,” their energy was elevated even more as a huge pop of confetti filled the air with colors. Before heading off stage, my eye caught Fraites as he picked up a pile of confetti and threw it into the air for his own little celebration.

For their encore, Schultz announced that a few years ago they had the honor of playing at a tribute show for Leonard Cohen with his backup singers, The Webb Sisters. He brought the two singers out for a cover of Cohen’s “Democracy” and told the audience that the lyrics “still really reverberates right now, right here, today.” Prior to belting out the tune with his guests, he spoke the lyrics of the end of the song to introduce the mood:

I’m sentimental, if you know what I mean
I love the country but I can’t stand the scene
And I’m neither left or right
I’m just staying home tonight
Getting lost in that hopeless little screen
But I’m stubborn as those garbage bags
That Time cannot decay
I’m junk but I’m still holding up
This little wild bouquet
Democracy is coming to the USA

The Webb Sisters stayed on stage to join in for crowd favorite, “Angela,” and received an overwhelming round of applause as they walked off before the band finished the show with “Stubborn Love.” Stelth Ulvang even rushed into the audience to go strum his guitar around the arena directly in front of thousands of lucky fans in the stands.

Check out The Lumineers during their 2020 world tour. 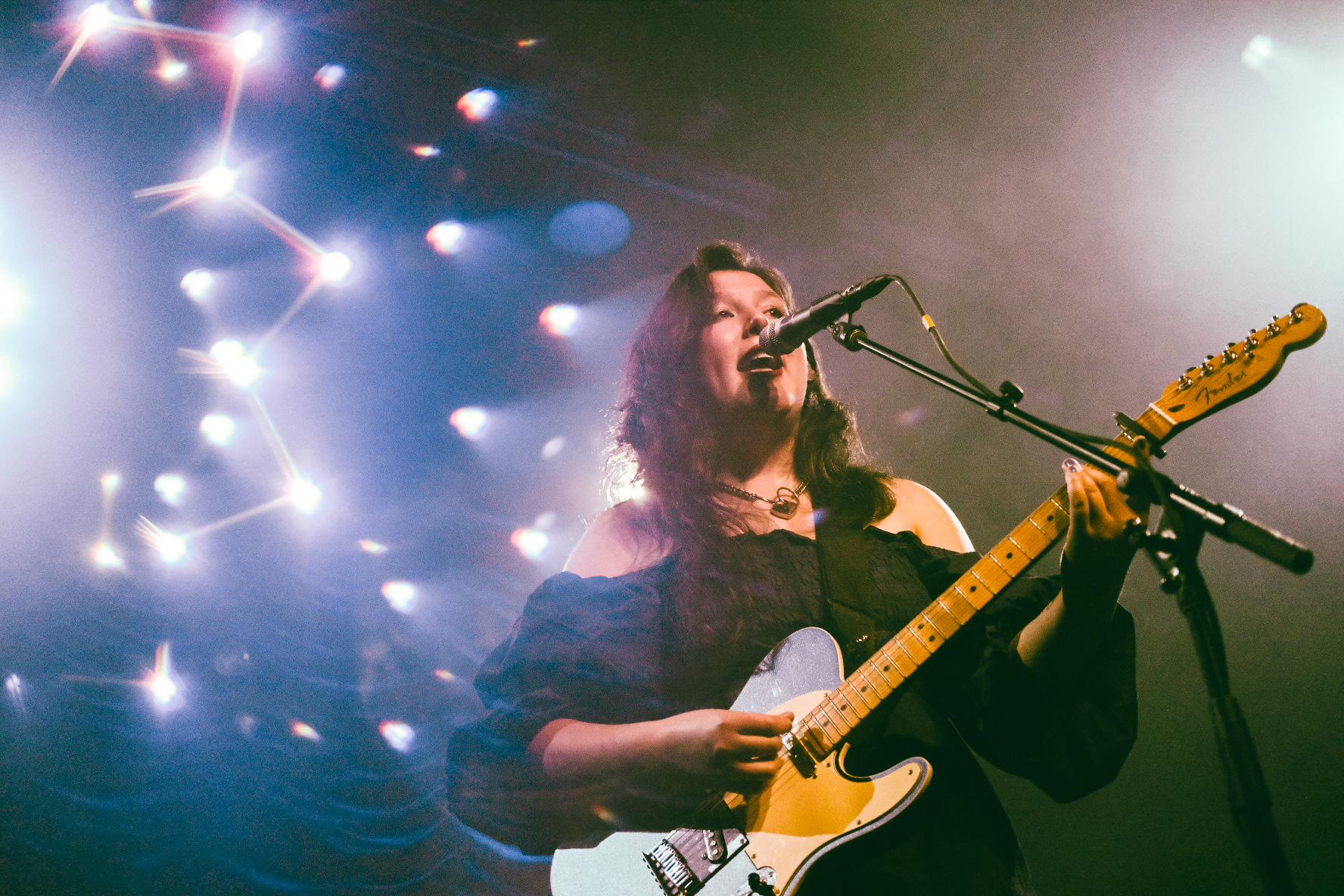 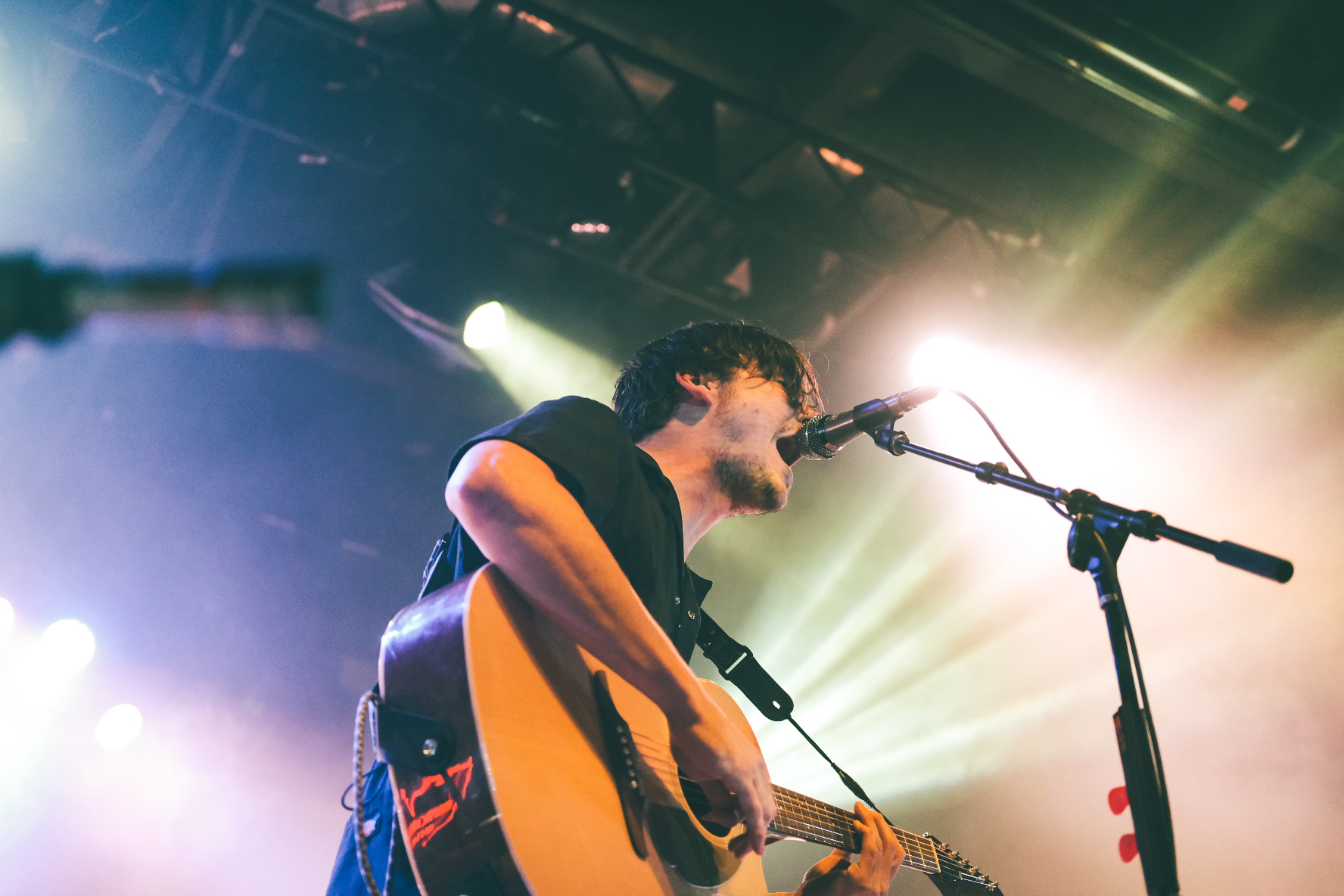 PHOTOS: The Front Bottoms & Oso Oso at The Fillmore