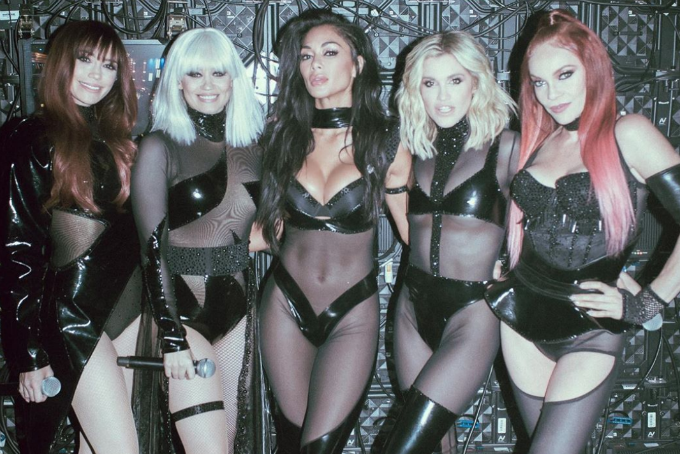 Get excited, everybody, because The Pussycat Dolls are BACK!

If you’re anything like me, you were a big fan of the girl group in the early 2000s. With irresistible hits like “When I Grow Up,” “Buttons” and “Don’t Cha,” the five-piece group — consisting of Nicole Scherzinger, Carmit Bachar, Jessica Sutta, Ashley Roberts and Kimberly Wyatt — were a huge part of the first decade of the new century.

2019 has been a “reunion” year of sorts, with bands like the Jonas Brothers and early 2000s TV shows, like Lizzie McGuire being rebooted.

The group returned to the stage for their first live performance in over a decade on the finals of the U.K.’s The X Factor: Celebrity. They performed a medley of their biggest hits and their brand new single, “React.” The other X Factor judges, including Simon Cowell, looked very impressed.

Nicole Scherzinger, the frontwoman for the group, is currently a judge on the hit television show. She teased the reunion of the group on her Instagram a few days prior to their performance.

Scherzinger posted another Instagram of a clip of the group’s performance with the caption: “It’s good to be back with my girls.”

The reunion performance was also used as a way to announce that the girl group is heading out on a tour in 2020 in the U.K. Scherzinger posted the dates and a link to buy tickets.

A release date for The Pussycat Dolls’ new single, “React,” has not been announced as of press time. Scherzinger did assure fans that it’s “coming soon” along with a video clip of the group performing it.

Wasn’t expecting that… were you 😉💖#REACT coming soon! Get your tickets to the #PCDReunion tour at the link in my bio.

We can’t wait to see what else The Pussycat Dolls have in store for us in 2020! You can keep up with the group at their brand new Instagram page here.