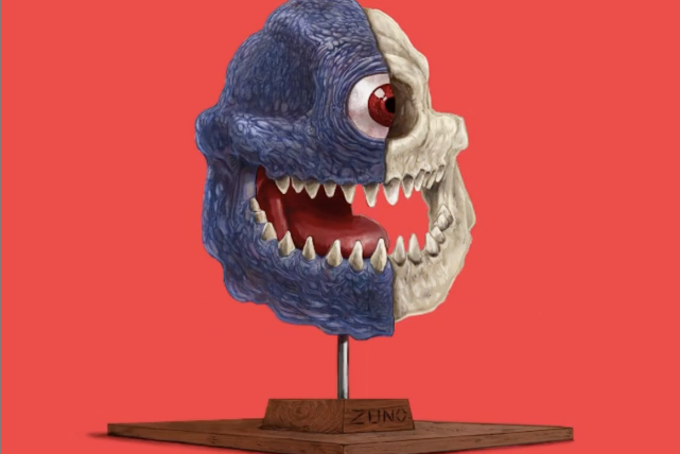 AWOLNATION has been killing the alternative rock game for years now. From “Sail” to “Run,” Aaron Bruno is nothing short of a musical genius. Now in 2019, he’s bringing us AWOLNATION’s fourth studio album. And of course, a studio album’s rarely released without a few good singles. This time we got a surprise in the form of a double second single. AWOLNATION released their own new song “California Halo Blue” alongside a cover of The Cars‘ “Drive.” And both are beautiful in their own ways.

“California Halo Blue” is a little lighter in melody compared to some of the LA band’s other work. However, the tone’s harsher when you hear the lyrics. The song’s about the Woolsey Fires in California in 2018. Then frontman Aaron Bruno’s wife had to evacuate their LA home quickly and Aaron lost his studio in the fire. The single has an elegant way of depicting the tragedy and stress of the situation. Loss sometimes produces the strongest content. This showed a lot of growth in AWOLNATION’s music, both lyrically and instrumentally.

Next, AWOLNATION snuck in a cover of The Cars’ song “Drive” along with the other single. This is a lovely tribute to Ric Ocasek, former singer of The Cars, who recently passed. Aaron Bruno’s work is greatly influenced by the synths and other elements of Ric’s music; therefore, it was a great choice for a cover. “Drive” is an excellent cover. It’s a soft and thoughtful rendition that’s a clear tribute to the original, but still has AWOLNATION’s signature sound.

Overall, we’re very excited for this new era of AWOLNATION. Each album has shown more growth and maturity with deeper topics and a variety of sounds. “California Halo Blue” was a great choice for a single and we hope to hear more like it. Additionally, “Drive” was a nice surprise and a good cover. Until then, we’ll have to wait for more album announcements. Although you can definitely check out AWOLNATION on the road next year with Andrew McMahon in the Wilderness. It’s sure to be a fire tour.