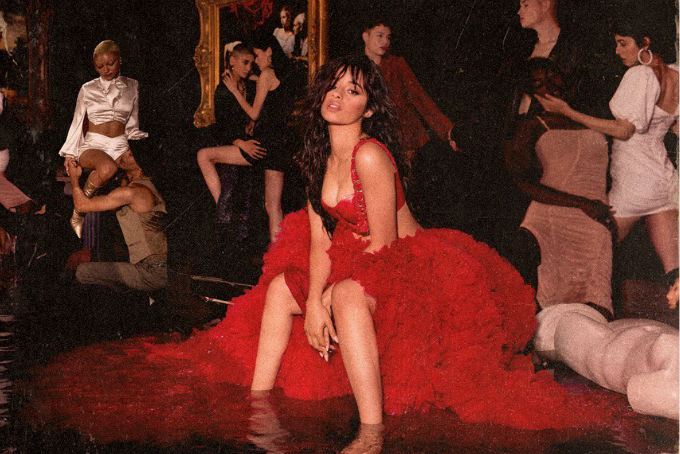 Nearly one year after Camila Cabello‘s untamed self-titled debut Camila, the songstress is back with her sophomore record Romance — an autobiographical pop record full of all of the beauty and complication of contemporary love. The album is filled with clichés and musings, perhaps inspired by her newfangled beau Shawn Mendes, whom she duets with on their hit single, “Senorita.”

In the span of 14 songs, Cabello takes us on a full love journey, from the beginning butterfly stage, through simple flings, to the all-too-familiar “I cannot get you out of my head” stage. No matter which stage you’re in yourself, there’s something here for everybody.

“Shameless,” the album’s opener, provides a mold for the rest of the record. And the percussion, which makes its debut after the first chorus, makes the song all the more dynamic. Cabello’s emotions jump out in the chorus as she screams about needing her love interest more than she wants them. Along with “Shameless,” Cabello released “Liar” prior to the LP’s official release. With this track, you’ll hardly be able to resist the urge of dancing at the club. But hey, it’s better than crying in the club, right?

“Bad Kind of Butterflies” shows off Camila’s strong falsetto in a way that’s reminiscent of “Never Be The Same.” The track dips into the the theme of emotional cheating, perhaps referring to her ex-boyfriend, relationship expert Matthew Hussey. Through this rock-infused admission, she outwardly says that she had a “fling” that swiftly advanced into something more. She sings: “Bad, bad butterflies in my chest // There’s something I gotta confess // Yes, somebody’s in my head. // I know I said we were friends // And when I said that, I meant it // Somewhere between now and then // It became more than just a friendship.” On “Should’ve Said It” she’s likely singing about that same somebody.

Both “Easy” and “Dream of You” are mild-tempered, starry-eyed love ballads that each come to terms with self-compliance as wedding bells play in the background. Both stories characterize learning confidence through feelings. “Easy” acts as an open letter to her lover as she states her imperfections until she becomes comfortable being vulnerable in her relationship. “Dream of You” then compliments “Easy” by describing what true, all-consuming love actually feels like.

The closing track and my personal favorite, “First Man,” which talks about Cabello’s relationship with her father, is a special one. In it, she gushes about her new man, promising her dad that while the person she’s seeing is a “good man,” he’ll never be the “first man” who loved her. That title, of course, will always belong to him. You held me so tight // Now someone else can,” she sings. “But you were the first man // That really loved me.” We’re not crying, you are!