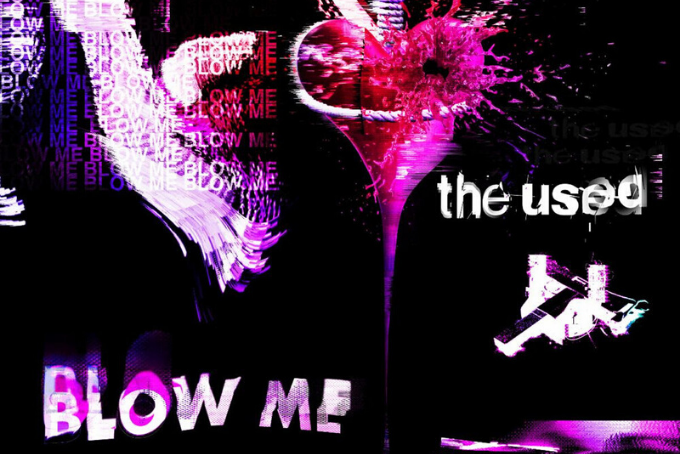 The Used are finishing out 2019 strong with their surprise new single “Blow Me.” The single is the group’s first new song in over two years since their 2017 album, The Canyon. The group is currently finishing up their eighth studio album with producer John Feldmann.

The quartet is joined by Fever 333‘s Jason Aalon Butler on the track. Fever 333 supported The Used during their 2018 tour.

The track is frantic and explosive, opening with dizzying fast drums before frontman Bert McCracken jumps in with his distinct vocals. “What if you found a gun? // Would you use it like I did,” McCracken asks in the chorus with sincerity. The lyrics question what people are capable of doing and whether they could live with the consequences.

When talking about the single, McCracken said, “Whether metaphorically signifying the power of words in general or magnifying concern for the situation of societal gun violence, we urge the fans of our music to find individual and personal meaning in all of our songs.”

Butler joins the song in the bridge, delivering blood-curdling screams. “Imagine if you found it // Imagine if you found it, right? // Wonder what that would sound like,” Butler taunts over the fast drums that opened the song. He demands an answer much like McCracken in the chorus, except with much more anger. He also finishes out the song, descending into even more intense screams, as the instruments enter a breakdown.

The contrast of McCracken’s and Butler’s vocals bring two sides to the song, one of sadness and one of rage. Given the potential meanings behind the song, the conflicting feelings are powerful representations of how people are trying to deal with increasing gun violence.

Following the release of “Blow Me,” The Used have announced an intimate club tour beginning in January 2020. The group will be supported by Dragged Under.

We are excited to announce we’ll be kicking off 2020 with a very special US tour for all the hardcore Used fans! These shows will be unlike any other Used show you’ve seen. Pre-sale starts TOMORROW – sign up for access at https://t.co/2EmKk3Qmh6. General on-sale is Friday at 10am pic.twitter.com/oZYH22mY9E

Check out the music video for “Blow Me” below!