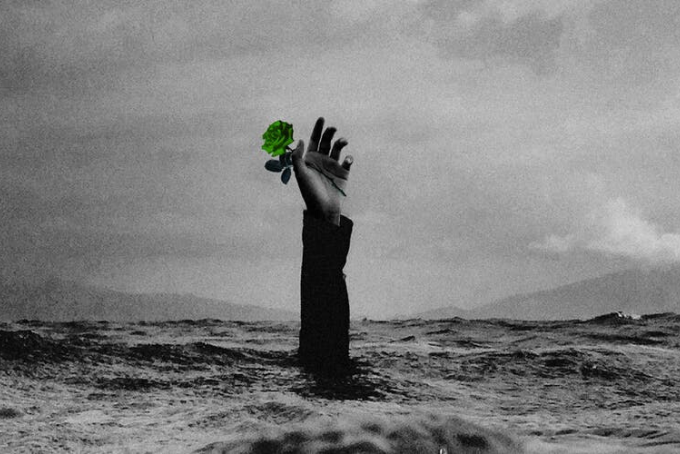 Riding high after a 28-day North American tour with Harlem rapper Skizzy Mars, Detroit-based artist Yoshi Flower has released his second mixtape of 2019, titled I Will Not Let My Love Go To Waste. His latest project is four tracks longer than his summer mixtape, Peer Pleasure, but we’re not complaining. The more Yoshi we receive, the more we allow ourselves to indulge in his raw talent.

Yoshi shared a personal note on Instagram (seen above) regarding the hardships he faced amid the creation of the project. It took a much-needed moment of realization to help him complete the rest of the songs. I Will Not Let My Love Go To Waste is the result of an artist at his most vulnerable, with a blend of honest words and genre-defying production which mirrors the emotions that helped finalize the mixtape.

Reminiscent of early Mike Posner during the height of his 31 Minutes to Takeoff days — especially with tracks like “Rolling Thunder” and “More” — Yoshi Flower shines bright and navigates the ocean of self-imposed styles like a seasoned captain… a captain with a guitar and a whole lot of feelings.

I Will Not Let My Love Go To Waste embodies a contemplative late-night drive where nothing matters save the road and the 13 experimental songs organized into a cohesive track list. Some projects simply just resonate better after the sun goes down (cc: Billie Eilish‘s blockbuster When We All Fall Asleep, Where Do We Go? album).

Fans that caught Yoshi on the Free Skizzy Mars Tour were already familiar with heavy-hitters like “Movies” and “Addicted.” “Woke” boasts about “waking this whole damn neighborhood up” before proceeding to do so with unapologetic guitar solos. “7 Days” carries an airy vibe with a chorus that lists the days of the week in a tune that has no right to be as catchy as it is. “Dirty Water” is a standout with lyrics as compelling as the production work, which leads to “Idle Hand$,” the mellow closing track.

With his latest mixtape, Yoshi Flower establishes that he won’t let his love — or his talent — go to waste. It’s a body of work that you have to hear from start to finish to comprehend. Afterward, we recommend that you catch him on tour for the live experience. Dates can be found on his official website.