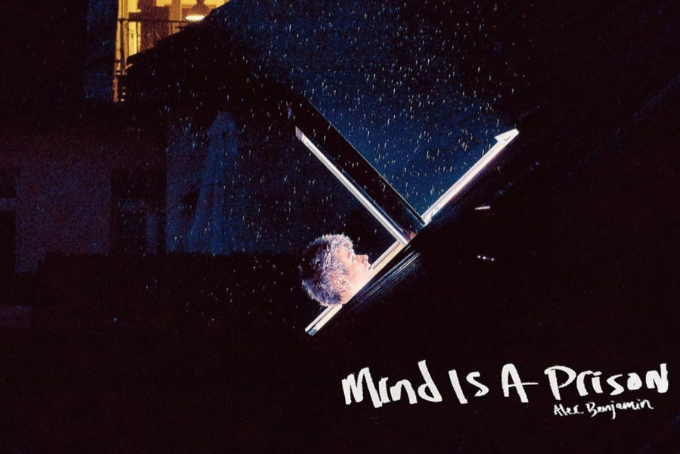 Alec Benjamin has had a really great year as a rising artist, and he doesn’t seem to be slowing down anytime soon. The 25-year-old Arizona native has become known as an artist with some amazing songwriting chops and an incredible knack for vulnerability in his music. His latest single, “Mind Is a Prison,” cuts deep into his feelings.

Benjamin describes how it feels to overthink while being trapped in your own thoughts and not being able to find an escape. The single follows his previous release “Jesus In LA,” which dropped back in July.

“Mind Is a Prison” is slow-paced and describes the feelings that many people experience when they are lonely. Benjamin vividly compares his mind to a prison cell and talks of struggling to escape. Lyrics in the song’s pre-chorus include “Sometimes, I think too much, yeah, I get so caught up // I’m always stuck in my head // I wish I could escape, I tried to yesterday.”

The song then transitions into the chorus, in which Benjamin explains that he is desperately trying to escape the prison that is his mind, singing, “Then I tied up my linen with five strips of ribbon I found // Scaled the side of the building, I ran to the hills ’til they found me // And they put me back in my cell, all by myself // Alone with my thoughts again // Guess my mind is a prison and I’m never gonna get out.”

One thing we love about Alec Benjamin is how he always keeps it real and raw with his music as well as his live shows. Benjamin has always been honest about his feelings in his music, and we already can’t wait for his next project. Check out the lyric video for “Mind Is a Prison” down below and leave a comment and let us know what you thought about this release.