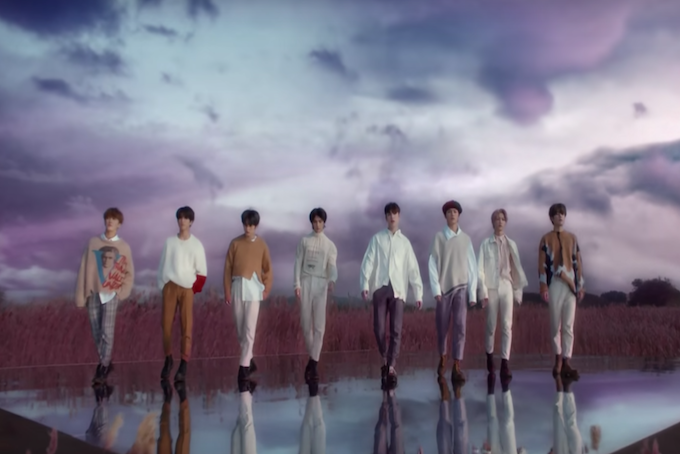 K-pop group Stray Kids is back with their Clé: LEVANTER EP — the final release from their three-part Clé album series.

This is the boy band’s first release as eight members since the departure of vocalist Woojin in late October, citing “personal reasons.” As a result, the release of Levanter was postponed from its original November release date. However, a change in line-up hasn’t deterred the boys from completing their journey.

The title single, “Levanter,” is a sonic switch-up from their signature hard-hitting tracks such as “Side Effects” and “Miroh.” It’s refreshing to see the eight members show restraint and a softer side of themselves on the melodic dance-pop track. Lyrically, the group’s ready to let go of a relationship and search for their true selves. “I wanna be myself (I don’t care) // Even if it’s still strange (Just don’t care) // As soon as I broke away from you, I can see myself // Everything, all before my eyes,” they sing in the chorus.

The music video features the members searching for a new world, all the while referencing some of their previous releases through visuals. Although the ticket to the new world is seen burnt to ashes, they eventually come across an eclipse and “step out of clé.”

All songs on the project were written and produced by the 3RACHA team, consisting of members Bang Chan, Changbin, and Han.

Opening track “STOP” is a powerful setup for their final journey. Their independence remains strong throughout the rappers’ fiery verses and Seungmin’s declaration: “I go wherever I wanna go.” “STOP” and the previously released single “Double Knot” are their usual intense hip-hop/electronica flairs.

After choosing acceptance in “Levanter,” “Booster” continues the search for themselves full force. On the last three tracks, the boys are more free-spirited than ever. “Draw a map as I want // I don’t need it anyway // Walk wherever my feet take me // Yes, explore // Hop on my spaceship,” Lee Know raps on the extremely catchy “Astronaut.”

The good vibes continue on the mid-tempo “Sunshine.” The sweet closing track “You can STAY” is an obvious nod and thank you to the Stray Kids’ fanbase, known as STAY as this chapter comes to an end.

On Levanter, the group concludes the trilogy and breaks out a crisp, new map with some of their most mature and diverse works to date. Although it may seem like the end, the group’s just getting started, as there’s no telling how far Stray Kids will go.