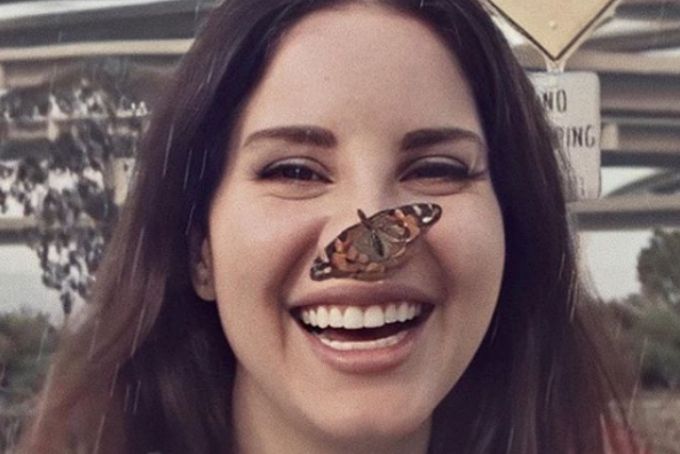 The year’s almost over, but Lana Del Rey is leaving us with one final gift: the cinematic, 14-minute video for “Norman fucking Rockwell,” “Bartender” and “Happiness Is a Butterfly.”

The video is shot in a grainy, vintage style, complete with a film strip border. There are even spots when the film cuts out for a few seconds or the sound has crackling and popping in the background. You get the feeling you’re watching old home movies that someone found in their basement. Sprinkled throughout are fun, sort of old-timey special effects: cartoon musical notes swirling around Del Rey’s head, moving images superimposed on her sunglasses and thought bubbles appearing next to people’s heads.

Del Rey is alone in the first clip in the video, singing the title track at her piano before moving outside to sit by her pool. For “Bartender,” she’s joined by friends. In one scene, they meditate in the woods, all clad in black outfits reminiscent of AHS: Coven. Another moment shows them engaged in a slow-speed chase with a cop car, tossing garbage at the car and laughing. The clip for “Happiness Is a Butterfly” sees Del Rey and her friends lying in the bed of a truck and holding — what else — a butterfly on their fingers.

The video was edited by Del Rey herself and directed by her sister, Chuck Grant. It follows music videos for “Fuck It I Love You,” “The Greatest” and her cover of the Sublime song “Doin’ Time.”

Del Rey recently announced that she has an album of spoken word poetry coming out January 4. Hopefully this video can satisfy your LDR cravings until then! Check out the video here: