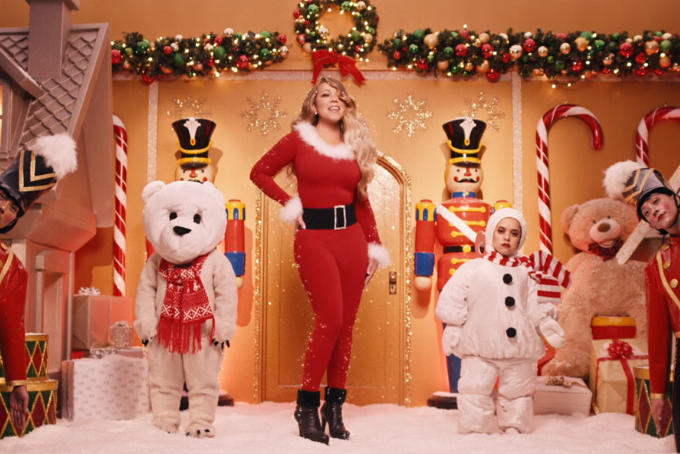 2019 was wildly overrun by reboots and throwbacks to our childhoods. Disney released live-action adaptations of Aladdin, Dumbo and The Lion King before unleashing Disney+ into the streaming void. Charlie’s Angels, Men In Black and Terminator were all modernized. Yet Mariah Carey managed to eclipse them all at the end of the year with a festive “All I Want For Christmas Is You” music video remake.

WOW! This is one of the best Christmas gifts I could ever have gotten. I am so thankful to all of my friends and favorite artists who participated in this video. You brought a huge smile to my face. THANK YOU! https://t.co/AM44lPkvkM pic.twitter.com/dIWOV3ljGO

December 2019 has been all about celebrating the 25th anniversary of Mimi’s Christmas classic. The song finally topped the Billboard Hot 100 for the first time since its release and the entertainment industry is living for it. Just check out the compilation of celebrities singing along to the hit in this sweet congratulatory video! The occasion even triggered an adorable Twitter exchange between the pop legend and Ariana Grande. This is the part where we sit tight and hope for a collaboration in the near future.

The cheerful “All I Want For Christmas” remake was directed by music video extraordinaire Joseph Kahn. Bryan Tanaka, Mariah’s beau/backup dancer, choreographed the whole experience. The narrative takes off after a young girl is transported to a magical realm of festivities (and outfit changes) after spotting Mimi on a window display. The wholesome party features appearances by Mimi’s twins, Roc and Roe, as well as Santa Claus himself.

The diva’s 19th no. 1 single is as iconic as the rest of the chanteuse’s discography, so it’s safe to say that it will remain a holiday staple for decades. Mariah and her team even provided a behind-the-scenes look at the making of the updated music video, making us utterly jealous of the fact that we weren’t invited to the shoot. Maybe next year.

You can watch Mariah Carey’s new “All I Want For Christmas Is You” music video below.