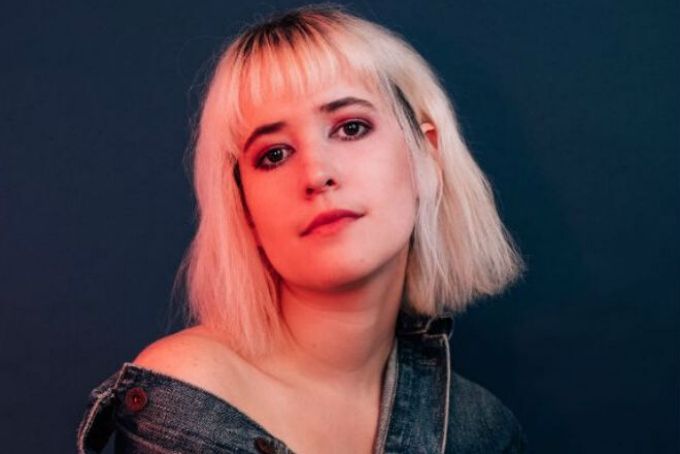 We recently had the opportunity to interview Best Ex, a band formerly known as Candy Hearts. Frontrunner Mariel Loveland gave us the scoop on their new single, “Bad Love,” what we can expect from the band in 2020 and more. Mariel even elaborated on her very own powerful #MeToo story. Check out our interview below:

You recently released your new single, “Bad Love,” on September 19 of this year. Tell us a little bit about the track and what it means to you.

This song was like a reawakening for me. I remember right when we made it my producer and I both looked at each other and were like “Woah.” Everything clicked. Suddenly, my whole vision was really, really freaking clear. Content-wise, I had to dig deep and draw from the past when I wrote this. I was having a really boring moment in my life, where everything was “fine” and “okay,” but nothing was great. I needed to channel the drama of my early 20s and I don’t want to say this song set the tone for 2019, but good lord, did it. This year has been filled with bad love and I blame myself. I tend to write the future, but maybe it’s just my heart admitting things to me before my brain does.

Your last EP, Ice Cream Anti-Social, was released two years ago. It marked a big departure in the style of your music from the music that was released under your former band name, Candy Hearts. What inspired the change in musical style and the change in the name of the band?

I’m going to be honest. I always get warm fuzzy feelings when I listen to pop-punk. Blink-182 came on in the car radio recently and it felt like magic, but I felt old as hell playing Warped Tour. I know I technically wasn’t. Everyone on that tour was pretty much the same age as me, aside from some vets and some really young newcomers, but I felt old. I couldn’t, in good conscience, keep playing the music that best represented my 15-year-old self. I’m not her anymore. I didn’t want to feel like every day of my life was scoring the same secret tape from the same Tony Hawk 2 level. I needed to switch it up.

“See You Again” is your most-streamed song on Spotify currently. What do you think it is about that song that resonates with fans and listeners the most?

The song got on an official Spotify playlist, which definitely helped boost streams, but beyond that, I think it resonated with people because it functioned as a sort of bridge from my old music to my new music. It wasn’t too far off. I started writing that song while walking around Warped Tour. It’s about Warped Tour. It’s literally about spending the summer sleeping in a bunk in a tour bus on Warped Tour! I think that vibe is something familiar to our fans, but it also tells a story that I think (hope?) feels genuine because it is genuine.

Can we expect to see a new EP or album soon, maybe early next year?

When you write a song, do you tend to write together as a group, in the studio or separately? Do you usually write a melody first or lyrics?

Whether it was Candy Hearts or Best Ex, the writing process was always the same. I’d write it alone in my room (or during a walk or during a shower or during a drive) and I’d record a voice memo of it. I’d flesh out all the lyrics and the melody, then voice memo it again and send it to my producer and band mates. When we recorded with Bridge 9, we had a set number of songs and a set release date for albums, so I’d go to my band and be like, hey guys, these are the X number of songs I have. Help me pick which goes on the album. With Best Ex, there wasn’t a set number beyond what I pushed on myself. I would just write things and send voice memos around to people I knew like “What do you think?”

When you’re not on stage or in the studio, what do you like to do for fun? Do you have any quirky hobbies?

I don’t want to let people in on my secret, but my hobby has become leaving over-indulgent, highly-specific Yelp reviews from the perspective of a depressed, lonely person who lives in New York. I’ve been using Yelp as an over-exaggerated diary. It takes me like a half hour or an hour sometimes to write a well-thought-out review. I’m also a freelance writer by trade. That’s what I do most of the day.

Mariel, I read your interview with Alt Press about the assault and emotional abuse you experienced from your former tour manager. Thank you for speaking out. How has this affected your experience in the music industry and how have you been able to move forward?

Welp, excuse me if I sound sour, but after that news came out, not a single band has invited me on tour since. And we were at the height of careers. I could say it had to do with my album cycle being over, but I’ll never really know, I guess. Every reason that made me not want to speak out ended up coming true. Everything bad I worried would happen, happened. For a long time, I was afraid to go to shows. I remember distinctly people purchasing tickets to my tour that happened after the news broke and questioning me about how I could possibly lie about something so serious (I didn’t lie!). I was afraid to be on the internet. I saw women who were previously my allies slam me as a vile liar and a nasty woman because my abuser put “more details” into his rebuttal than I did. He named names, put fake words in their mouths and I didn’t feel comfortable dragging my friends into the type of press they may not be ready for. I also didn’t put a lot of details because I was trying to speak to a larger issue in the industry — one that was bigger than him being a disgusting, violent person towards me and others he worked with — and perhaps I wasn’t as articulate as I should have been. There’s so much equally as horrible or worse stuff that has either happened to me in the industry or I’ve witnessed happening. That just felt like the tiniest, most insignificant, least-threatening one to speak out on. I was testing the water and it was filled with sharks. At this point, I just shrug and pray people don’t Google me before they meet me in fear of them believing the stuff he wrote.

Thing is, I’ve never really been someone who can be bullied. I always, always fight back, especially when it’s defending others. In fact, the whole actual assault occurred during a confrontation where I was like “Hey, verbally abuse me all you want I have thick skin but don’t do it to my friends.” That was one of the very few times I couldn’t handle the onslaught of press it got and a barrage of awful comments. It was hitting me at every angle. I had to turn off my phone. I wish people would care as much about my music as they did about defending some dude they don’t know who gave them a free poster one time and smiled during the job he was paid to smile at. If anything, it taught me to give zero fucks about anything. I think once it seems like everyone hates you, you’re finally free just to say what you want and do what you want without consequence. A fear is lifted because there’s nothing to protect. It can’t get any worse.

If you could collaborate or tour with anyone in the industry, who would it be and why?

John K Samson of The Weakerthans would be my dream tour. He’s the best lyricist there is and I don’t think anyone will ever be able to touch him. I’d love to collab with Taylor Swift, but who wouldn’t? I also have been fancying myself some Harry Styles. I think I have a celebrity crush, so yeah, I’d like to tour with him, too.

Not at the moment. Working on it, and we’ll keep everyone posted. We just played our first show back a week ago!

I really can’t wait for this EP to come out and I really think it’s going to surprise people. I’m just so excited. I know that doesn’t mean a lot to people who haven’t heard it, but I’m currently working on the album artwork and a new music video, and all my ducks are lining up in a row! It seems closer than ever to finally happening. 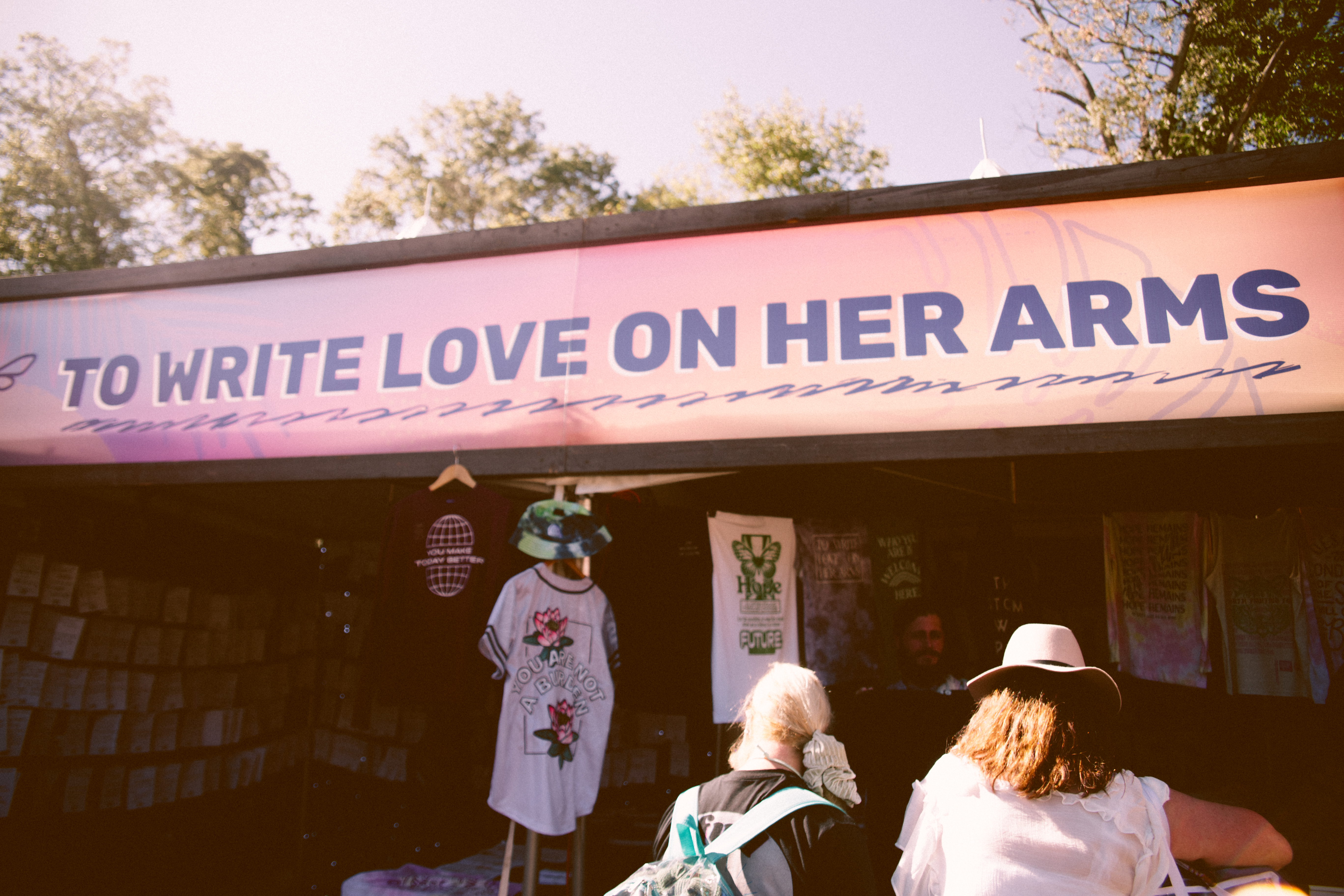