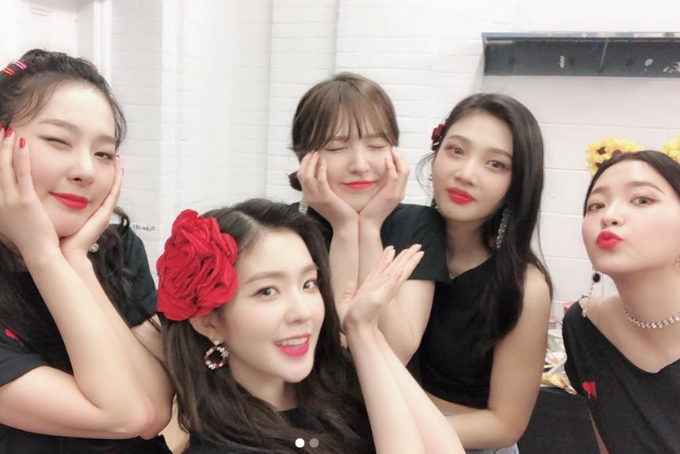 Red Velvet member Wendy has suffered serious injuries after an incident during rehearsals. While practicing for a performance on Christmas day, the singer reportedly fell from a platform and was rushed to the hospital.

The girl group was rehearsing for an appearance on South Korean broadcaster SBS’s annual Gayo Daejun event when Wendy fell from a platform. According to ET Canada, Wendy fell eight feet off of the stage.

In a statement to Allkpop, a staff member present during the group’s soundcheck recounted, “She was prepared to go down the stairs during the song. But the stairs were not set in place. At that moment, she lost her balance and fell down the stage.

The staff member went on to state that the stairs were not set properly and that the tunnel “was dark and cramped” and did not have proper fluorescent markings to make the path visible.

Red Velvet’s label, SM Entertainment, has released a statement through Soompi, providing updates on Wendy’s status and the group’s upcoming appearance on SBS:

With the exception of Wendy, the other four Red Velvet members will only participate individually such as for their planned collaboration stages and MC role at the KBS Song Festival and MBC Music Festival, and Red Velvet will not perform as a group. Wendy is currently hospitalized and receiving treatment. She will focus on treatment until her health is recovered.

SBS also released their own statement regarding the incident:

“We wish to apologize once more regarding 2019 SBS Gayo Daejeon. During the rehearsals for Gayo Daejeon on December 25, an unfortunate accident took place. SBS wishes to once more sincerely apologize to Red Velvet’s Wendy, who was injured, as well as her family, the members of Red Velvet, and fans.”

“As Wendy’s recovery comes before all else, the director of SBS’s entertainment division and the staff have been working closely with her agency SM Entertainment since the accident occurred, and we are doing our best to provide adequate treatment for her injuries.

“Right after the accident took place on December 25, the staff blocked off the area and called for emergency services so that Wendy could be rushed to the hospital and undergo a thorough examination. We have begun an internal investigation into understanding the exact details of the accident, and once we fully understand the cause, we will take greater care to ensure that such an accident does not occur again.”

In lieu of the group’s scheduled performance, SBS aired a pre-recorded performance of Red Velvet performing their newest single, “Psycho,” during the show.

Fans have been showing their support and well wishes for Wendy’s recovery on social media through multiple hashtags. Fans have also been questioning the safety of performers at events during the busy schedules common for idols during the holiday season.