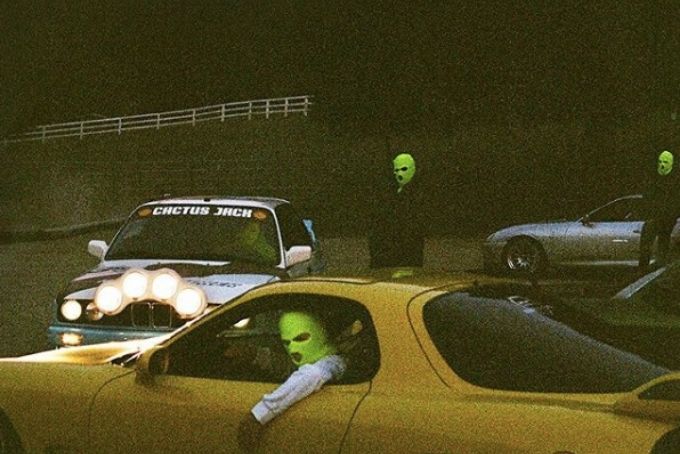 Following his critically acclaimed and hit album Astroworld, Travis Scott has released a new project titled Jackboys. It was made under his longtime collective, Cactus Jack, which is comprised of Travis and fellow hip-hop stars Don Toliver and Sheck Wes.

JACKBOYS is a seven-track album with collaborations galore. This is the second collaborative album from Travis Scott, following his 2017 collab album with Quavo titled Huncho Jack, Jack Huncho. The first track’s a remix of Scott’s newest single, “Highest in the Room,” that features Rosalía and Lil Baby. This collaboration’s a smart way to boost his single by adding two rising stars to the already enjoyable track. Rosalía does a rendition of Scott’s verse and then follows that up with her own, sung entirely in Spanish. Scott and Rosalía’s vocals complement each other well, while Lil Baby’s verse is not as enthralling. While Rosalía’s verse might make a bigger impact than Lil Baby’s, their names and talent both boost the energy of “Highest in the Room.”

The second track, “JACKBOYS,” is the title track and was produced by Mike Dean, Scott’s frequent collaborator and producer. The track’s essentially one smooth, minute-long synth that very much encompasses Scott’s signature sound. The following track, “Gang Gang,” is the only song on the album that’s purely composed of the Jackboys. Sheck Wes’s verse drags the song down with his monotone vocals, but otherwise it’s a solid track that does its job of representing the Jackboys’ “tribe.”

Next up is “Had Enough,” an infectious, upbeat banger, produced by Wondagurl. The song features two out the three Migos, Quavo and Offset. It’s the only song on the album besides “Jackboys” that features no vocals from Travis Scott himself. Don Toliver has strong vocals and Quavo adds an amusing moment in which he says “Spike Lee, do the right thing.”

Continuing with big name rappers, “Out West” features one of Scott’s most popular collaborators, Young Thug. The song’s produced by the well-known hip-hop producer Buddah Bless. Thug has a strong chorus and verses, but overall, the song’s not one of the catchiest or strongest collaborations between Thug and Scott. The second to last track “What to Do?” features the catchiest and most memorable chorus on the album. The final song, “Gatti,” is a drill beat produced by AXL Beats, who just recently produced the new Drake song, “War.” The song features an up-and-coming artist well-known in the NYC drill scene named Pop Smoke.

Overall, JACKBOYS has its highs and fun moments, but ultimately feels a bit rushed. It’s nowhere near Travis Scott and the rest of the gang’s strongest work, but should keep fans satisfied over the holidays.