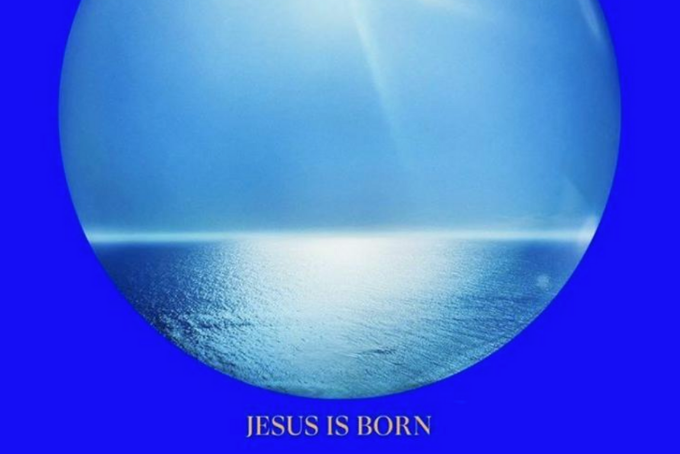 Mr. West woke up and gave us another statement piece! Jesus is Born, released on Christmas Day, depicts advocacy for Christianity and faith. This is a follow up to Kanye West‘s Jesus Is King (which dropped late-October). The albums differ in the sense that the Sunday Service Choir is the central focus on the latest project, and, contrary to the style of the Kanye we all know and love, rap is rarely used.

The opening track, “Count Your Blessings,” provides harmonic chants and calls for unity. It’s a strong start to the album that keeps our attention. The piano chimes in with the irresistible, angelic voices of the choir encouraging us to be grateful for what we have.

The following tracks, “Excellent,” “Revelations 19:1″ and “Sweet Grace” are slow-motion cries to God about his power and perseverance. In addition, tracks such as “Balm in Gilead,” “More Than Anything” and “Satan, We’re Gonna Tear Your Kingdom Down,” make Biblical story references, providing us with a lesson as the music goes on.

One song that makes us stop and think is “Rain,” the fourth song on the album. As we’re already queued in from before, the track recognizes God as “rain.” By the third minute, the sound changes slightly and Africa drums and shakers can be heard. This has the ability to separate the two styles and gives the song more hip-hop and flair as they sing “Just rain down, Lord // Rain down. We live for you”.

There are a few tracks that incorporate a few clauses used in West’s past material. You may recognize “Follow Me-Faith,” “Father Stretch” and “Ultralight Beam,” which can be heard on 2016’s The Life of Pablo. We can’t help but grin and sway to the choir’s rendition of these songs. There are many musical rises and falls.

In the album, Kanye incorporates style from a few famous leading voices in music. As the album continues, we hear “Lift Up Your Voices”, which mimics the melody from “Elastic Heart” by Sia. Later in the tracklist, you can hear the essence of Stevie Wonder’s “Masterblaster (Jammin’).”

“Weak” and “Paradise” are songs with soft melodies that remain until the end. They connect to the idea that God’s powerful love is so strong for his believers.

The next few songs, “That’s How The Good Lord Works,” “Back to Life” and “Souls Anchored,” tap into his Chicago roots with jazzy flair and togetherness, breaking down God’s logic and methodical steps.

So, Kanye brings the church and prophecy to us, with tunes to vibe to and listen intently. Each song keeps us engaged as Kanye takes us for a ride.