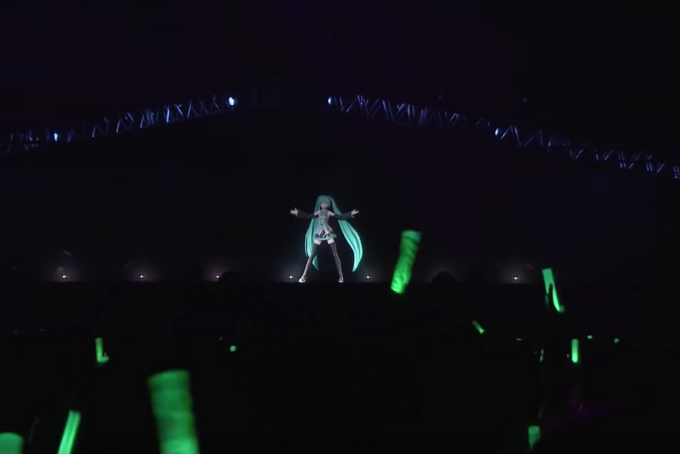 So the future doesn’t have flying cars, but it does have virtual idols.

For those of you who don’t know, Hatsune Miku (whose name literally translates to “the first sound of the future”) is a Vocaloid software voicebank created by Crypton Future Media, who has been anthropomorphized into a Kawaii Japanese anime character. At just 16 years old, she’s got quite the career — debuting in 2007, she can sing over 4,000 songs created by her official label, as well as another 100,000 user-generated songs created through the Vocaloid software.

Her first “live” performance (done similarly to the Gorillaz by using a combination of projections on special glass and showing animation on screens) was in 2009, and she’s been dominating Japan (and the world) ever since. In fact, you’d be hard-pressed to not find her iconic turquoise twin tails at any anime convention across the country — she’s as prolific as Sailor Moon or Dragon Ball Z. (And for the love of God, don’t call her Vocaloid!)

If you’re a keen trend observer, you might even recognize her (and her real-life band) from the 2016 performance on the David Letterman show, which was just as lovely as it was awkward. Luckily, this time, there won’t be an attempted interview after her performance.

Though Miku has been a sensation for over a decade, there’s some speculation that the recent wave of K-Pop has lead organizers to incorporate more “world” music into their lineup. Along with Miku, fellow Japanese idol Kyary Pyamu Pyamu will be performing, as well as the popular K-Pop group BIGBANG and Korean hip-hop artist Epik High.