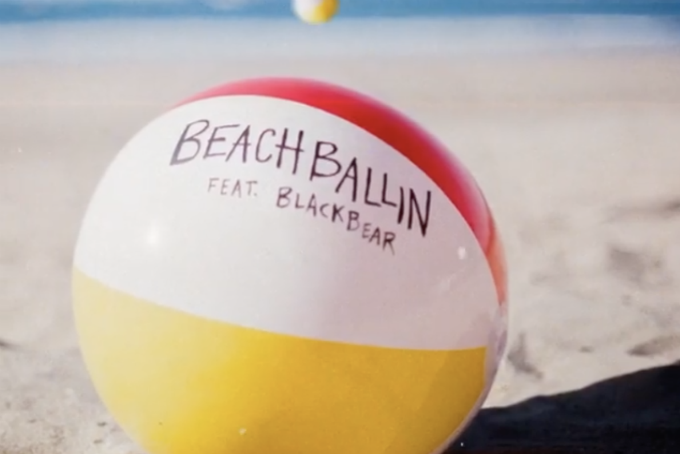 It’s 2020 and new songs are already coming in hot. We just got one of the first great collaborations of the year. Yung Pinch, a 22-year-old rapper from Huntington Beach, dropped “Beach Ballin’,” which features blackbear, on January 3. The duo put together a tune reminiscent of their lives by the beach. As evident in the music video (and lyrics), the single’s perfect for cruising with the top down when it’s a bit breezy.

Lyrically, “Beach Ballin'” is different from a lot of the trending sad rap lyrics, as the collab brings some positivity into the scene. Yung Pinch raps, “I should be way more fuckin’ cocky, but that’s not how I roll.” There is little humility in today’s rap and hip hop culture, so this is a fresh take. Additionally, blackbear sings of how he almost died and that he’s grateful for making it through that. The two men have been through a lot, but are coming out on the other side and still living that easy beach life.

Musically, “Beach Ballin'” is simple with a slow-but-catchy beat that complements the young rapper’s voice. Also, Yung Pinch’s work is in a similar style to slower songs in blackbear‘s catalogue. Thus, the two rappers seem to blend nicely on this track. Maybe the single’s simple, but it’s putting out the positive, beachy vibes we need for this cold January.

Yung Pinch has already worked and toured with big name artists and adding blackbear to the list will just continue to move the young rapper towards stardom in 2020. There’s a lot of young talent in the music industry these days. Here’s to hoping Yung Pinch can continue to shake it up this year. We have no new tour dates as of now, but keep an eye out as his album is dropping later this month.

One thought on “Summer Came Early: Yung Pinch Is “(Beach) Ballin'” With Blackbear”