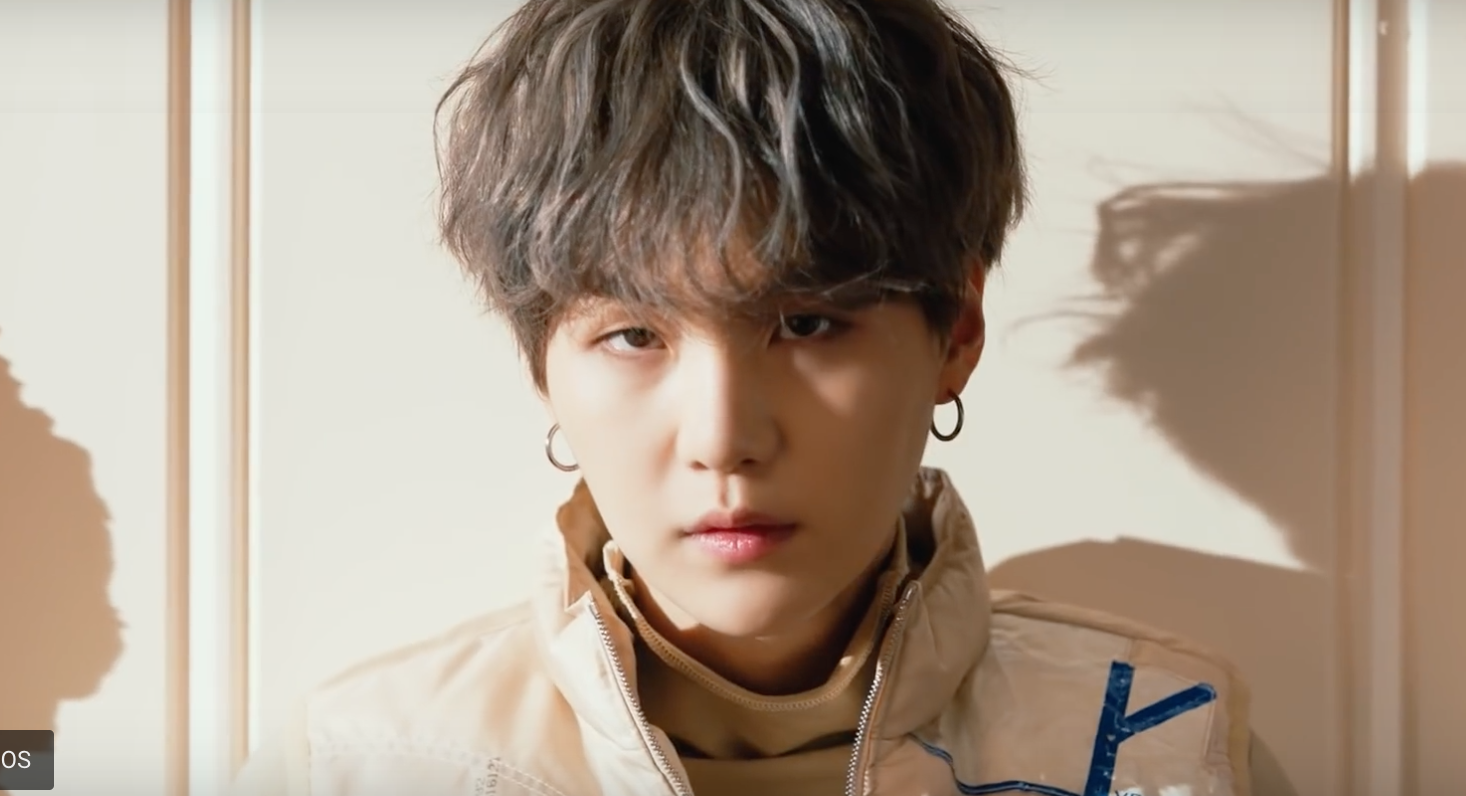 K-pop superstars BTS are ready to make their next big comeback. At midnight on January 10 in Seoul, South Korea, the group dropped the first comeback teaser trailer for their next album, Map of the Soul: 7. The album is set for release on Friday, February 21. The track titled “Interlude: Shadow” stars member and rapper Suga.

The video follows Suga as he is chased by figures in black before arriving at his own show, watching himself performing to a crowd of more figures with cellphones. The sequence is broken up by shots of the rapper performing in a mirrored room of shattered glass and on an elevated stage. The video also features touches of sketches overlayed on Suga as he performs.

The song focuses on how Suga yearns for fame and glory but is coming to realize how terrifying it can be. “People say, there’s splendor in that bright light / But my growing shadow swallows me and becomes a monster / Up high, high, and higher, higher / I only go higher and vertigo overtakes me” Suga laments as he attempts to rise above the reaching hands and flashing cameras.

The video is a nice visual reflection of these themes, as faceless figures attempt to grab onto Suga and as the crowd swarms him with cameras, demanding more and more from the rapper. Suga is at a crossroads over continuing to pursue his dreams while dealing with the dark side of fame.

The track, notably darker than many other BTS tracks, is a reflection of Suga’s individual style. The track itself doesn’t take over, allowing the rapper’s aggressive style and rapid delivery to lead the way. Touches of a guitar solo come in around the halfway mark, another nod to Suga’s style, shown in previous BTS releases and in his solo mixtape Agust D released back in 2016.

Within 24 hours of the track’s release, the video hit 19.65 million views on YouTube. This is the biggest first day opening for a BTS comeback trailer, according to Soompi.

Check out the video for “Interlude: Shadow” below.