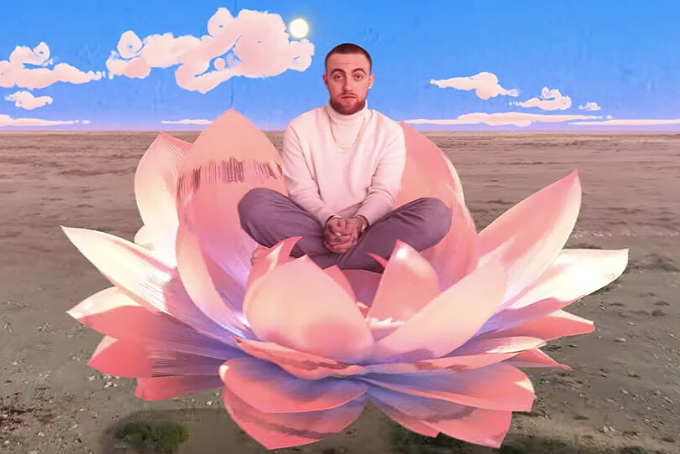 A brief announcement from Mac Miller‘s estate last week revealed that Mac’s first posthumous album, Circles, will be released this coming Friday, January 17. Circles is set up to be a companion album to Mac’s 2018 project, Swimming. It was shared that the overall concept should be viewed as “Swimming in Circles.”

Alongside this exciting news, Mac’s team decided to drop his new single “Good News,” acting as a sneak peek of what’s soon to come. Fit as a strong single, “Good News” lets us inside of the late rapper’s mind right before his passing in September of 2018. Lyrically, Mac contemplates ways of coping with his depression, longing for a deeper spiritual connection within himself. The single is accompanied by a touching music video that features colorful visuals revolving around the rapper, directed by the talented Anthony Gaddis and Eric Tilford.

Produced by Jon Brion and Mac Miller himself, “Good News” feels like a breath of fresh air and sounds like something Mac produced organically during a raw state of his feelings. The song is honest, relaxed and even feels a bit candid.

He opens the first verse: “I spent the whole day in my head // Do a little spring cleanin’ // I’m always too busy dreamin’ // Well, maybe I should wake up instead // A lot of things I regret, but I just say, ‘I forget.'” He questions why things can’t just be “easy” for him to go through without completely consuming his mind. Mac appears very calm and soft throughout the entire track and even gives us hints of melancholy blues. If you really listen, his vocals sound like he’s almost too tired to keep going.

Moving on to the third verse, we hear some really significant lines from Mac considering the context of this posthumous release. He thoughtfully sings “There’s a whole lot more for me waitin’ on the other side.” We can’t help but get emotional over this part because it seems a little too fitting for the first single released since his passing.

He continues, “I’m always wonderin’ if it feel like summer // I know maybe I’m too late, I could make it there some other time // I’ll finally discover // That there’s a whole lot more for me waitin’.” Mac’s chilling lyrics definitely leave fans curious and open to the possibility that maybe he’s traveled onto other higher dimensions, attending to all the potential that’s “waiting” for him.

The music video complements the single in the most flawless, flattering way and includes multiple references to some of Mac’s previous work. A few hints that we found within the visuals include Mac’s astrological sign (Capricorn) outlined in a star constellation, a clip of his face reflected in the rearview mirror of a van (paying tribute to 2013 Watching Movies With The Sound Off track “Objects In The Mirror”), and the conclusion of the video in which we see Mac walking through a plane window, the same window that was heavily featured in the 2018 Swimming promo.

The video’s thumbnail for “Good News” has been blowing up all over social media, and we love the way the directors chose to depict the late rapper. Sitting on a lotus flower at ease (similar to the lotus flower tattoo on his neck), Mac appears bright, soft and angelic. Although Mac Miller played a few different personas throughout his musical career, we think this new aesthetic marking the upcoming album is more than fitting! Hang tight for Circles, set to drop this Friday!