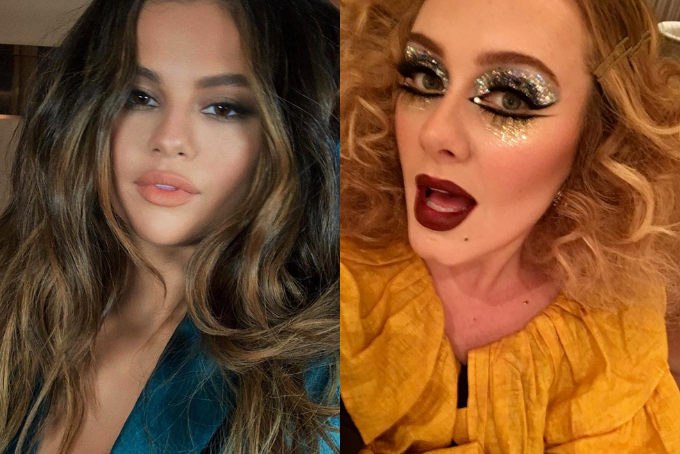 Selena Gomez really hopes that Adele will cover her No. 1 single, “Lose You To Love Me.”

The 27-year-old singer-songwriter just dropped her new album, Rare, this past Friday. To celebrate, she hosted an album release party with iHeartRadio at the iHeartRadio Theater in Burbank, California on Thursday, January 9. Fans were invited to the release party and were able to listen to the album in full a day before it dropped.

Rare is a special album for the “Look at Her Now” singer because it is the first that she has released in five years. When chatting with iHeartRadio host Jojo Wright, Gomez revealed several secrets about the creative process behind the album. She also took fan questions from the audience.

One fan asked if any artist could cover any song from Rare, which song would Gomez’s artist of choice sing and why? “If I’m dreaming big here — really, really, really big — I would love for Adele to cover ‘Lose You to Love Me,’” she responded. She further elaborated that Adele would sing the song better than she would, which made some of her fans upset. She clarified that she meant it out of admiration for the British singer-songwriter’s beautiful vocals.

selena said she would love to see adele cover lose you to love me. we stan selena gomez even harder now! #RareOutNowpic.twitter.com/IHAwvI5iNj

Other highlights from the interview included the “Lose You To Love Me” singer revealing that her friends played a huge role in the process of making this album. Julia Michaels and Justin Tranter co-wrote several tracks, Petra Collins did the intimate photography sessions, which resulted in the polaroid cover art and photos in the album booklet, and Connar used her design school techniques to create designs that ended up becoming the basis of the merchandise collection (“[Fans] need to be so comfortable never want to take it off,” she requested from her friend).

Gomez also praised 6Lack and Kid Cudi for their collaborations on “Crowded Room” and “A Sweeter Place,” respectively.

“I had recorded ‘Crowded Room’ a few years ago and knew I always wanted someone to be on it, and I wanted a male to be on because the song [is about] ‘even if we’re in a crowded room, it’s only me and you.’ Honestly, I really didn’t want [anyone other than 6lack] so it was like, ‘Can you?’ And then it happened so it was [like], ‘Thank you.’ And he sounds unbelievable on the song… I am very, very grateful for 6lack.”

Of “A Sweeter Place,” Gomez revealed that she wanted “something weird like how Cudi does” and that she called the “Pursuit of Happiness” artist to request his production technique and distinctive vocals. They spent two days in the studio creating the track, “He was really cool, understanding… made me comfortable,” she said of the singer.

Rare is out now everywhere and we are loving the album. You can check out all the highlights of the iHeartRadio album listening party here.

I’ve never been much of a camper, so the idea of Firefly Festival was something I’d skip year after year, but when I saw this year’s lineup featuring Halsey, My Chemical Romance, Green Day, and Dua Lipa as their headliners, I knew I had to take the plunge. I still didn’t camp (I know, I…