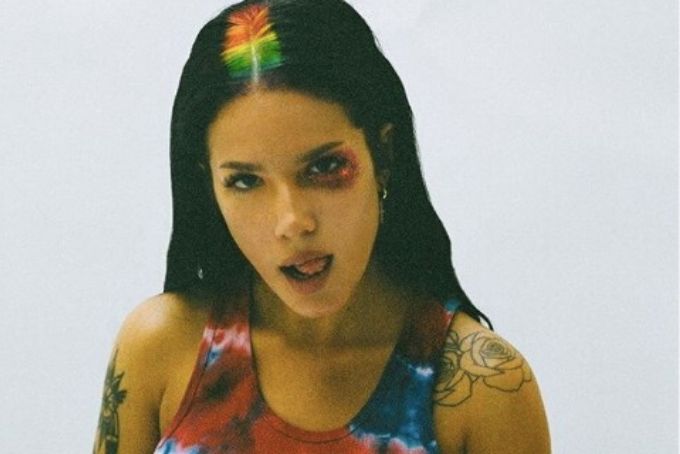 Leading up to her highly anticipated album, Manic, singer-songwriter Halsey has released one of her most memorable tracks yet. “You should be sad” is as honest as a song can get, with a side of Southern twang. It’s almost like a confession of emotion that she couldn’t hold inside any longer. Along with the song, Halsey dropped a music video with references to pop and country queens such as Shania Twain and Lady Gaga.

“You should be sad” is extremely different than the other five tracks we’ve heard so far from Manic, which will be released on Friday. It’s the first time Halsey has experimented with country sounds, and it works surprisingly well. Like a classic country song, the lyrics are vulnerable and tell a very sad story.

The song literally starts off by telling the listener (more like the subject) that she needs to get all of these thoughts off of her chest. Halsey cuts to the chase, telling her ex-boyfriend all of the harsh (but important) thoughts she’s been holding in for so long. With lyrics like “I’m so glad I never ever had a baby with you” and “You can’t fill the hole inside of you with money, drugs, and cars,” the subject of this song’s sure to feel called out.

The music video for “You should be sad” takes place in a honky-tonk where everyone dances their pain away. Throughout the video, Halsey shows both her tough, confident side as well as her heartbroken side, to represent the complicated aftermath of this relationship. There are plenty of homages to Halsey’s favorite country and pop icons. She wears a cheetah print outfit highly reminiscent of Shania Twain’s “That Don’t Impress Me Much” music video. There are also less obvious tributes to Carrie Underwood‘s “Before He Cheats” and Christina Aguilera‘s “Dirrty.” Towards the end of the video, there’s a clear replica of Lady Gaga in her role for American Horror Story: Hotel, where Halsey’s naked on a white horse.

Halsey’s experimentation with genres so far in her third studio album is commendable and definitely draws in new fans who admire versatility. With a collaboration with BTS’ SUGA, an acoustic track and now a country-inspired track, Manic is going to be full of surprises. That being said, “You should be sad” is the most interesting track from the album so far, because it shows Halsey’s resilience and self-respect when it comes to reflecting on a past toxic relationship while exploring a new genre.