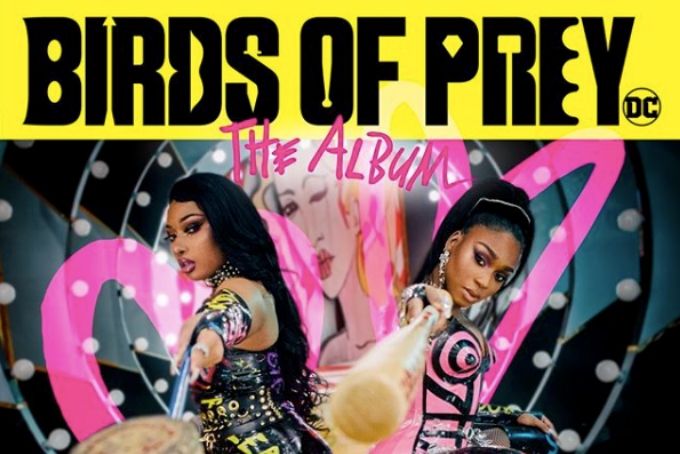 Forget Batman and Robin; there’s a new dynamic duo in town! Megan Thee Stallion and Normani have teamed up for “Diamonds,” the first single off the upcoming soundtrack Birds of Prey: The Album.

The soundtrack is for DC’s latest project, Birds of Prey (and the Fantabulous Emancipation of One Harley Quinn). It also includes tracks from Halsey, Doja Cat, Saweetie and Normani’s fellow former Fifth Harmony member Lauren Jauregui.

“Diamonds” is an exuberant, in-your-face anthem of female power. Megan kicks off the song with the line “I’m a super she-ro, bitch, don’t try me” and that pretty much sets the tone for the rest of the song.

“You want me to be a little more ladylike? Mmm // Come through with my girls, then beat your ass on ladies night,” Megan raps gleefully in a line that perfectly sums up Birds of Prey, a movie about a group of kick-ass women teaming up.

Normani’s lines focus more on — what else? — diamonds. “I don’t need you, I got flooded out baguettes // I don’t need you, all my diamonds dripping wet,” she sings, her smooth vocals complementing Megan’s strong rapping style.

“Diamonds” samples Marilyn Monroe’s famous “Diamonds Are a Girl’s Best Friend” number, Normani crooning “I love me this much // My pear shape all dripped up” over the familiar melody. The video also gives another nod to Monroe, with Normani wearing pink satin while singing and dancing on a set that’s reminiscent of Monroe’s performance of “Diamonds Are a Girl’s Best Friend.”

The video, which has already been viewed over three million times, features Megan and Normani fighting their way through a funhouse, swinging baseball bats and over-sized mallets at any man who dares to come for them. It also contains exclusive footage from the film, which will be out February 7, along with the soundtrack.