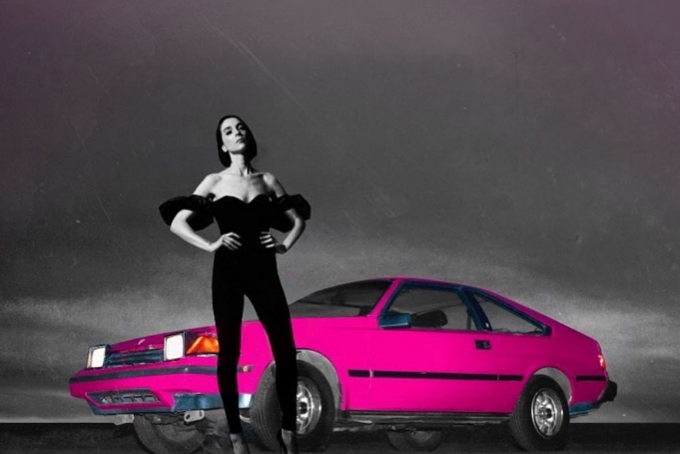 A kitschy 90s one-hit wonder? (Whatever — “Loser” is a total banger.) The rumors that he’s a Scientologist? (He says he isn’t, but Leah Remini says otherwise.) Or… do you not think of anything at all? (No shade — you can’t listen to everything.)

Well, whatever it is that you think of, you should totally clear your mind of it. Because whatever you think of Beck, it’s probably wrong anyway.

Coming off of his latest album, Hyperspace (stylized as ハイパースペース on the cover), the original “Uneventful Days” is a trance-y pop number that’s in the same vein as some of The Strokes‘ later work (Think “Oblivius” or “Welcome to Japan”).

The remix of “Uneventful Days” is far more funky. The song is drenched in sparkly, flanging guitars and synths — par of the course for St. Vincent, but a little more produced than we’re used to hearing from indie king Beck.

RG @st_vincent: I remixed @beck’s new song, “Uneventful Days”! I guess I was listening to a lot of 70’s Herbie and WAR at the time and wondering how much funk was inside me, too. I sent it to Beck and he dug it, but he said “it should be 3 bpm faster.” And what do you know? HE WAS SO RIGHT. It made all the difference in the groove. . My friend Cian Riordan engineered it, my friend Sam KS came over to play drums, and the rest is me jamming on guitar and bass and keys. . Link in bio. #hyperspace #uneventfuldays

Of course, both versions of the song are good (has Beck ever written a bad song?), but as to be expected, the St. Vincent remix is far more listenable and danceable. While the original leans more into being a synth-pop ballad, the remix is much more disco-influenced and has the kind of fun and super-polished sound that we love from St. Vincent.

Aside from showing off more of Beck’s versatility, this song also shows off the producing prowess of St. Vincent. This is now the second 90s alternative icon that she’s lent her talents to (the first being punk icons Sleater-Kinney), and while pop-polishing acts like that could definitely be a gimmick that wears out fast, so far, we’re loving it.

Truly, there’s something to be said for taking undeniably talented musicians and making them pop-friendly, and this “Uneventful Days” remix is definitely worth a listen.