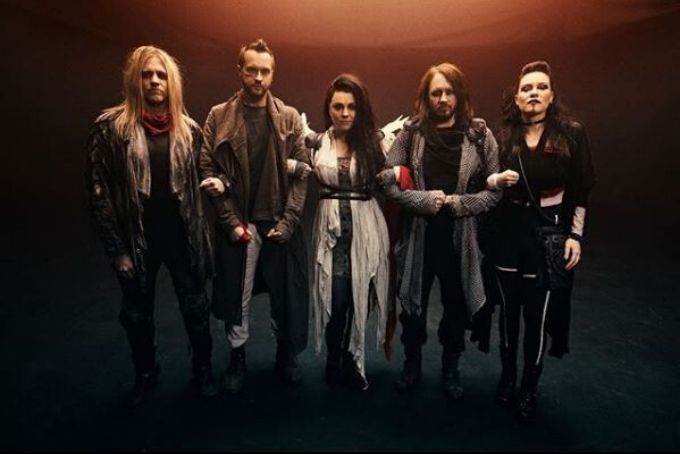 Evanescence have released a fiery and dark cover of the Fleetwood Mac classic, “The Chain.” The cover was recorded for the upcoming video game Gears 5 from the wildly popular franchise Gears of War.

The track was initially recorded only by frontwoman Amy Lee for a one-minute teaser trailer for the game. In an interview with Billboard, she revealed that she knew she wanted to record a version with her bandmates right away. “It’s something I [could] totally visualize as a band,” Lee said. “We all love Fleetwood Mac, so I asked if we could do a full song, and they were stoked about that. We took it and ran with it.”

With covers, it’s inevitable that comparisons between the original and the new version arise. The original was written during a time of immense turmoil for Fleetwood Mac’s members. Members were struggling to go on while dealing with divorce and drug addiction. The song’s heavy with quietly built tension. There’s a juxtaposition between scenic descriptions and outright venomous accusations.

Evanescence’s version of “The Chain” captures the spirit of the original, while expressing the frustration and anger in the band’s own way. Lee’s operatic vocals are backed by hard-hitting instrumentals, providing both sides of the emotion of the track. The band’s also backed by a symphonic orchestra, adding to the cinematic and epic nature of the recording. During the bridge, the orchestra even plays the iconic Mick Fleetwood riff from the original.

Evanescence’s version of “The Chain” drives the message of the song home from a different angle and perhaps at a different time in the conflict. The original sounds like the narrators are at their wit’s end, with the line “Chain keep us together” being the final word. Evanescence places themselves in the heat of the conflict, with anger fresh in their minds, as they put everything out in the open. They’re not holding back anymore and are making sure that the listeners know they are not going down without a fight.

Check out the epic music video for “The Chain” below: