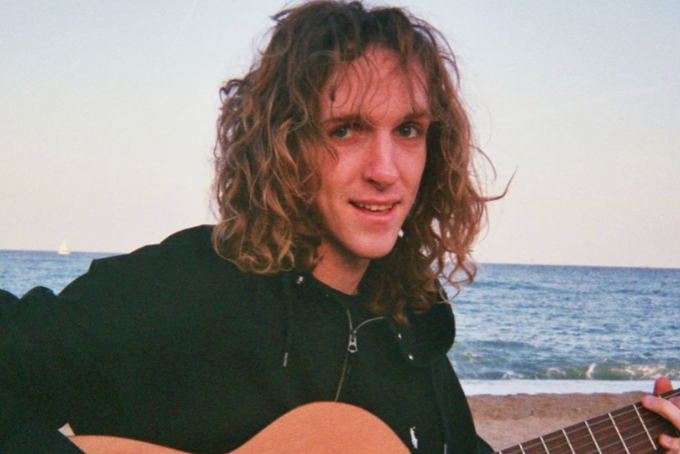 If anyone embodies the feel-good, laid-back vibes of California it’s Felly. Actually from Connecticut, the 24-year-old singer-songwriter/rapper is exactly what you’d imagine when you think of a “California boy.” But beyond his chill vibes and beachy waves, there’s a real artist that’s excited for the world to hear what he has to say — and having already headlined tours and worked with legends like Carlos Santana, the world will be hearing from Felly, whether it’s ready to or not.

So let’s get the obvious out of the way. What was it like to work with the legendary Carlos Santana on your latest single, “Heartstrings?”

I was hoping this song would have some sort of feature — or someone to help extend it to new audiences because it felt so new and different. I felt like it had to go beyond my normal reach of fans — but every feature we pondered sounded forced or just unnecessary. When we got the call Carlos wanted to get on it, it was like stars aligning. Actually getting in with him, too, was one of the most intense, supernatural sessions I’ve ever had.

Why did you feel you needed to have Santana, of all people, on this song? After all, you’re a rapper — it’s not a genre that’s typically dominated with guitars.

Well, this next project will show the world the word “rapper” is an understatement for me.  I’ve picked up on guitar in the past few years and have been writing and producing differently. Santana was a blessing that sort of recognized this new sound I’ve been honing in on.

You’re based in LA but from Connecticut. I guess it’s a boring question, but how has the move from Connecticut to California influenced your art? And do you prefer one place over the other?

I love both places but something about the lighting in California is so inspiring and amazing. It’s like a warming energy that encourages you to create in high spirits.

producers: i jus dropped a sample pack on splice. i call it How to Live Forever. lol. go download all the sounds in my bio and enjoy creating. @derekrenfroe for helping me. @splice.

You have a pretty unique combination of influences: jazz pianists, trap drums and beachy guitars. Most people wouldn’t dare to combine things like that — things that don’t seem to go together. What made you decide to try that?

I get bored of things rather quickly. And I listen to a lot of music. So it’s sort of like how can I blend all the shit I love — how can it be different, unheard of?

It’s been about a year since your first studio album, Surf Trap, has been out. How do you think you’ve grown as an artist since then?

I feel so new from Surf Trap — it feels like decades ago. I guess that’s a good thing. I’m more tapped into myself, my spirit, music structure, the present moment, I feel like. I’m more of a listener. On Surf Trap, I feel like I was throwing up a lot of energy, not necessarily worrying about channeling it in a containable way.  I was just like, “Ahhhh!”

Generally speaking, you have a pretty unique vibe. As a California native myself, it’s not something I’m unfamiliar with, but the rest of the world probably is. How would you describe the felly sound?

The felly sound is an iced cold glass of water in the desert.

At 24 years old, you’re pretty young, and you’ve already had so much success. You’ve got over 155 million streams across platforms, you’ve released multiple projects and you’ve been on several headlining tours. How are you handling all that? Most kids your age are barely finished with college.

Speaking of young — do you find that people tend not to take you seriously because of your age? Or does it really matter?

No, I’ve never considered that. If anything, I sometimes feel like I should have more done by 24. But that’s just when I compare myself to the popping kids. Comparison is the thief of joy, I guess.

2019 was big, but I’m guessing you have some even bigger plans for 2020. Is there anything we should look forward to in the new year?

New album, my friend. A new tour. Probably some real lingering songs. We shall see.

And finally, my favorite question to ask all artists: Why should the world care about Felly?

Felly cares about the world.