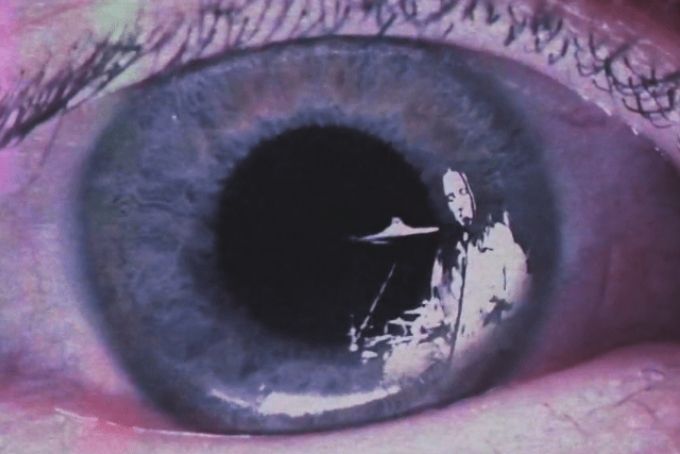 Before he rose to stardom with Linkin Park, frontman Chester Bennington sang lead for Grey Daze, a band he joined when he was a teenager in Arizona. Now Grey Daze is back and treating fans to new music, featuring the late singer.

The new single, “What’s In The Eye,” features a 17-year-old Bennington’s distinct vocals over a moody, grunge-inspired track. The song was written by the singer and drummer Sean Dowdell following the death of a friend in a car crash. The track was re-worked for release by Grey Daze and co-producers Chris Traynor, Kyle Hoffman and Jay Baumgardner.

“What’s In The Eye” is just one of many songs the group and Bennington recorded. The group reunited in 2017 and were re-recording their music to re-release an album. They even planned to hold a 20th-anniversary reunion show before Bennington’s tragic death.

In December 2019, the singer’s widow, Talinda Bennington, announced that Grey Daze would “continue what Chester was working on, the things he was proud of and wanted to share with his fans” by releasing a posthumous album.

In the description of the accompanying visualizer for the single, Grey Daze shares the story behind the project. “It’s the voice of Chester you all know, remember and love but in a whole new light.”

“Before Chester Bennington sang, screamed, and serenaded audiences of millions throughout his storied career in Linkin Park and a host of other projects, the frontman cut his teeth from 1993 to 1998 in his first proper band: Grey Daze. In 2017, Chester announced the band’s reunion which would see the surviving members re-working and re-recording a collection of songs they had started two decades ago. The project was shelved in July 2017. But with the blessing of Chester’s family and widow, Talinda, the band regrouped in 2018 and the recently finished album represents an important, yet unheard chapter — the origin story of one of modern rock’s most recognizable voices — and also a full circle moment among friends.”

The album’s expected to drop later this year, though no official release date has been announced. Check out the visualizer for “What’s In The Eye” below.