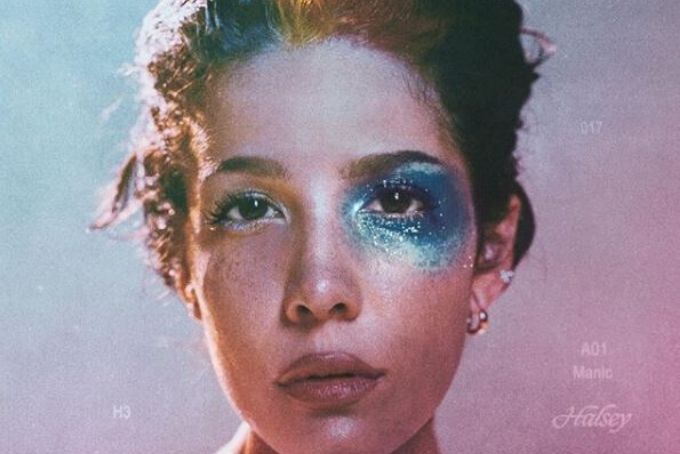 There’s something different about Manic.

It’s hard to say what exactly, but Manic is where Halsey — or rather, Ashley Frangipane — has found her voice.

She’s always been someone who’s been confident in what she does and does whatever she does loudly, but there’s a sort of false bravado in what she’s done before. Much like your first day at your first “real” job or a teenager trying to play adult, the Halsey of yore covered up the insecurity with loudness and angst. In both Hopeless Fountain Kingdom and Badlands, there’s a sort of angry teenager vibe — Halsey’s mad, mad, mad and she’s going to let the world know how mad and different she is.

But there’s something different about Manic.

Ironically, most of Manic is actually mellow.

Typically, when an artist like Halsey pivots to the folksy sound, it’s either a total sellout move or it’s at the end of a long, long career. Mostly, it just doesn’t feel right. But there are no better opening tracks for this album than “Ashley” and “Clementine,” two soft, yearning ballads that let us know this album is going to be different from what we’re used to and we’re getting Ashley, not Halsey.

Most artists use overproduction to hide the fact they can’t sing, so the fact that Halsey doesn’t actually need all that is nice and stripping back her sound allows us to really see how much she’s developed as a lyricist between this album and Hopeless Fountain Kingdom.

Of course, there was always some raw poetic talent in her, but generally speaking, the girl in Badlands who penned the iconic bridge of “Colors” that got lost in Hopeless Fountain Kingdom and all of its ambitious concepts and high production value. And while those songs were much more radio friendly, there wasn’t the vulnerability that comes through in so much of Manic.

And at the end of the day, what makes Halsey so good is her unapologetic, messy vulnerability. That’s the girl we fell in love with in Badlands. And we’re glad she came back as a woman in Manic.

Of course, there are still tracks that have that slick, modern pop vibe — “Graveyard” comes to mind — but there’s such a clear difference between “Graveyard” and “Now or Never.” It’s not trying so hard. It just is. And it’s impressive.

Don’t worry, if you want angsty songs, Halsey hasn’t changed all that much. There are still a strong number of angsty and breakup songs on this album, but they’re just better than before. Halsey isn’t feeling sorry for herself anymore — she’s exorcising her bad feelings and truly, honestly banishing them.

The standout moments in this album,, though are the interludes. Specifically Alanis Morissette and Suga‘s (BTS), who really manage to highlight the diversity of Halsey’s ability. Morissette’s interlude is more of an angsty ’90s piece (sure, it’s exactly what you’d expect from her, but it works), while Suga’s interlude is an impressive combination of the Korean rapper’s skills (both as a rapper and producer) and Halsey’s voice. (Not to mention, “Suga’s Interlude” specifically took the K-pop side of the internet by surprise.)

The collaborations in this album were smart and really diversified a long album that often sat on the verge of sounding too much the same. (Though the acoustic, stripped-back sound was different and welcomed at the beginning, by the end of Manic the trope started to feel played out — like she got into a songwriting groove and couldn’t get out of it.)

Overall, there’s real potential for Manic to be a watershed moment in Halsey’s career — to take her from pop princess to serious artist — but she has to keep pushing. There’s an obvious desire in her to be taken seriously as a songwriter and every song on this album is a step in the right direction towards that path. However, pushing herself artistically is hard and risky. It’d be much easier for Halsey to continue a relatively safe popstar career — but it’d be boring and a waste of the talent she clearly has.

Hopefully, Halsey will continue to grow as an artist, and yes, as a poet. We could use more songstresses like that.