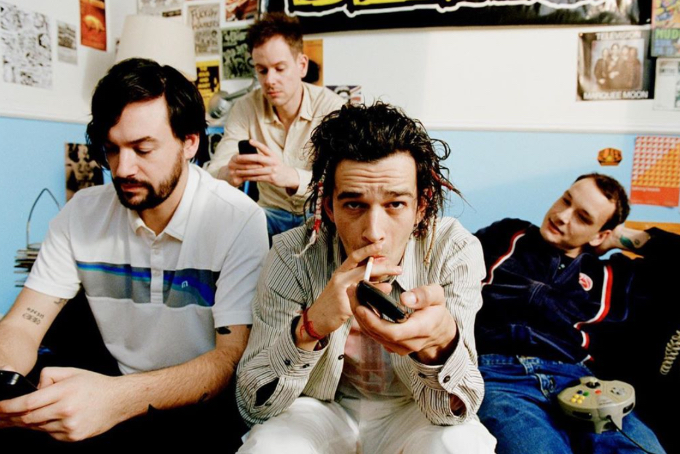 We talk about the friend zone like it’s a trap, a never-ending cycle of rejection and heartbreak. But The 1975‘s latest single “Me & You Together Song” makes it sound like it’s the ultimate gift.

We’re catapulted back to early 2000s rock, a familiar sound that reminds us of the band’s debut LP back in 2013. Frontman Matty Healy weaves a tale about a girl he’s been friends with for a while, his feelings growing into something more. “Can I take you for a drink? // She said, “Oh God, I’ll have to think // Because we’re mates, it doesn’t feel right,” Healy croons. It’s the inevitable story of being in love without reciprocation.

He plays off the refusal, but daydreams about a life with his not-too-distant crush. Fantasies about having a family, changing dirty diapers and holiday traditions all bombard Healy’s mind.

There’s a devastating realization throughout the chorus despite its upbeat tone. The 30-year-old musician pulls the track together when he openly admits he’s been awestruck by her for too long. “I’ve been in love with her for ages // And I can’t seem to get it right // I fell in love with her in stages // My whole life.”

As “Me & You Together Song” steadily carries on, we hear elements of the group’s early stages and what made them so memorable — singles like “Girls” and “Chocolate” really helped them break out. Their recent single’s the fourth track from their upcoming LP Notes On A Conditional Form. Its impending April 24 release has already showcased the possibility of traveling back to their original roots, but also their willingness to try something new.

“Me & You Together Song” brings some sense of clarity where we were unsure of what was to come from the band’s new era. It’s full of soul and real feelings — the two things that have become The 1975‘s signature style.