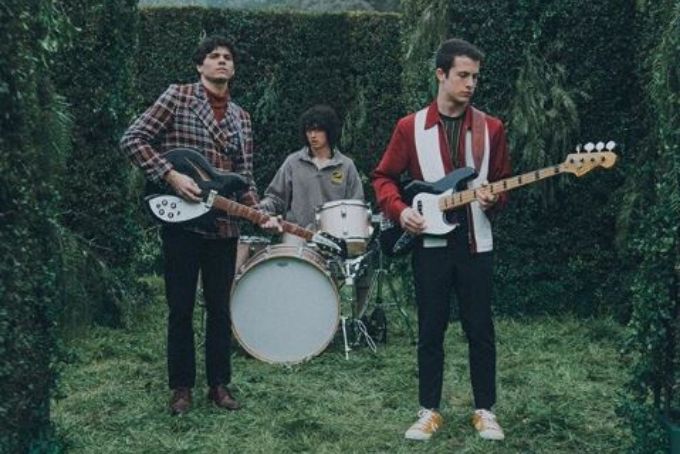 Wallows have finally released a music video for their fan-favorite track, “Remember When,” off their debut album Nothing Happens, and it’s a bit of a trip.

The band — made up of Dylan Minnette, Braeden Lemasters and Cole Preston — spends the video playing in the middle of a hedge maze, until things take a trippy turn. As the video progresses, the band’s faces become distorted, almost like a Snapchat filter. At one point, Minnette quickly draws a curtain over the band, but it’s quickly pulled back to reveal the band, still in the maze as night falls. As the last note’s played, Minnette and Lemasters both stumble off into different directions within the maze.

The fantastical visuals complement the frantic pace of the song. As the band realizes it “can never tell what’s real anymore,” their faces twist into something almost unrecognizable.

“‘Remember When’ had been written for a super long time. If you look at old set lists of ours when we were kids, under different band name… we used to play it all the time,” said Preston in the track-by-track commentary for Nothing Happens. “It was called ‘Tree Hugger’ — terrible title. When we were recording, it came back around because we needed a few more songs to deliver to the label. We just took a long shot.”

Wallows will hit the road soon for a five-month tour, including festival dates in Argentina, Chile, Paraguay and Brazil. There’s no official release date yet, but the band has promised new music in 2020.