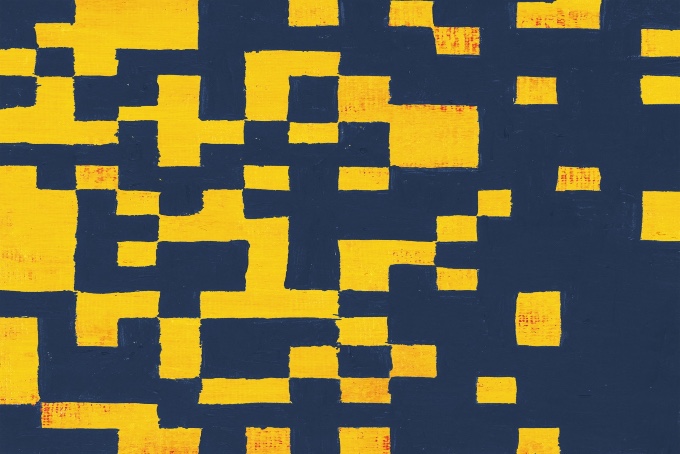 Marigold marks the official comeback of Pinegrove. In 2017, the band disappeared after lead singer Evan Stephens Hall was publicly accused of “sexual coercion.” They announced a hiatus via Facebook post, canceled the release of their album Skylight, and their upcoming tour, and vanished completely. It took around a year for the dust to settle. Hall re-entered the scene in 2018 with a revealing, nuanced Pitchfork feature that ended with an album announcement — Skylight, unchanged from its 2017 form, would finally be released. Though the follow-up album to Skylight, Marigold — which dropped January 17 — contained a few eerily prophetic lines about penance and regret, it is the first post-accusation, officially-released record from the band. The album’s themes of depression, reckoning and healing reflect this journey.

Marigold is an album about the process of finding both internal and external strength to carry on living. Unsurprisingly, there are many songs about despair, claustrophobia and isolation — and that darkness finds its way into every track on the record. “I don’t know how,” he sings in opener “Dotted Line,” “But I’m thinking it’ll all work out.” This line is the thesis statement of Marigold, as Hall struggles to keep his head down and make it to the other side of the fog.

thank you to everyone who has listened to marigold so far! thank you for carving out a little time for it, for sitting with it, for posting & sharing your response to it. it’s been overwhelming to see! & thank you to everyone who attended the release shows this weekend! friday night at @levonhelmstudios in woodstock was truly magical, here’s a pic. ev is in on his way to england right now for some more in-stores, then we have a week off, then tour begins! we also wanted to share friday’s newsletter with u (u can subscribe at our website), which is a bit of an album dedication, written by evan: . — . hello everybody & merry marigold day! . we are so thrilled to share with you our new album. it’s dedicated to anyone who has known happiness. to anyone who has lost it & got it back. . for anyone who has watched a v of birds fly overhead & kept watching until they were gone. . it’s for anyone who has had to put their head down & do the work; who thought their pain might never end & felt impatient; & for anyone who has felt suddenly surprised at how lovely the world can be. a beautiful sentence. an elegant flower. . this album is for to anyone who is chronically dehydrated; for anyone with a slouching problem; for anybody who has the honor of being in love right now. it is dedicated to anyone who is striving to live a more intentional life & to anyone whose favorite primary color, against all odds, is yellow. this album is for you. thank you for your patience & trust & love. we appreciate you so much. it’s an honor to be on this journey together. . <& pinegrove . 📷 by @mulographynyc

“Phase,” one of the album’s high points, showcases Pinegrove’s strengths, with a driving verse and cathartic, yell-along-able chorus. But the lyrics pore over Hall’s anxieties, likening his cluttered room to his cluttered brain. “I’m lost and I’m losing the brightest light I knew,” he laments. “Endless” tackles his depressive tendencies, but breaks into a moving outro: “When this is over, hold me forever.”

Hall most directly faces the aftermath of his accusation in “Alcove,” a soft, slow reaction to his rejection from his community. When you’re labeled a monster, how can you spare your friends from guilt by association? Is fading away the kindest solution? Singing in increasingly loud harmonies, he’s resigned to go back home to the West and leave his Eastern family behind, to “give them release.” As he retreats to a dark alcove, he assures you, “I’ll go if you want.”

But Marigold hits its stride with the songs about hope, love and recovery. On “Spiral,” Hall recites a mantra of simple self-care. Backed by a whimsical 12-string guitar, his voice is grounding, and the short track seems constructed for repeated listening. “Hairpin” is a “thank you” to a patient lover, as he’s pushed forward by the desire to be with her “when the new world comes, to forget where the old world was.”

today is the day. merry marigold, friends! we are so honored & excited to share our new album with you today. we’re proud of this one. thank you to everyone who made this record possible – you know who you are & we love you. hope you enjoy. much love, pinegrove

“The Alarmist” is another standout track, a song made for waltzing around the kitchen. Hall’s soft falsetto comes as a surprise, a departure from his twangy croon, as he reckons with balancing love and personal healing. Would he be stable enough to hold his own if she leaves? “Can I believe in me before I knew you beautifully,” he asks.

Hall clings onto the little things in this album — watching a flock of geese, or repeating calming mantra phrases, or naming items strewn throughout his room. This is what is so captivating about Hall’s songwriting. He latches onto minuscule details, imbues them with meaning and sings them with a sincerity that can leave you wondering why you feel so worked up listening to this record. This, combined with the gritty earnestness in his voice, is why Pinegrove works so well, and why, despite the turbulence in Hall’s personal life, audiences find themselves drawn to him.