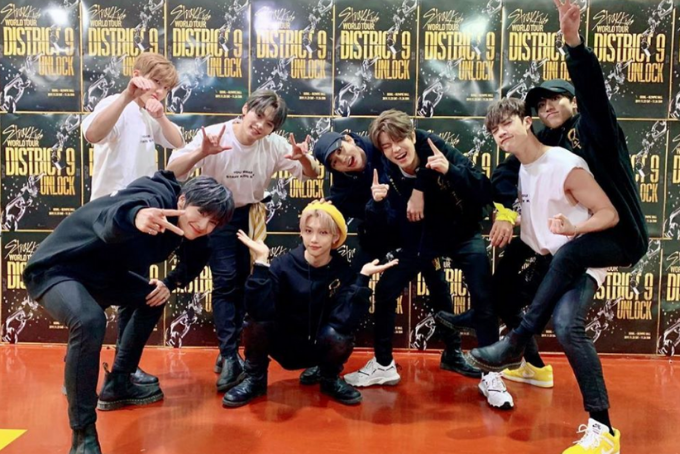 “Double Knot” serves as the lead single of the release. The song is a hard-hitting motivational effort. “Straighten up your posture and walk // ‘Cause in the end you’re unstoppable // Stand up wherever you go // You’ll make it with no trouble,” members Changbin and Hyunjin declare in the pre-chorus. The track is straightforward trap, featuring loud kicks and prominent brass.

“Levanter,” on the other hand, sets an entirely different scene. While still featuring heavy production, the song emulates a ballad. “I wanna be myself (I don’t care) // Yeah, I gotta be myself (Just don’t care) // And now that your weight’s come off my shoulders, // I realize that I can fly,” the group realizes in the chorus. The song is an introspective look into separating yourself from what’s holding you back from being true to yourself.

Both “Double Knot” and “Levanter” tell the same story: Removing toxicity from one’s life and embracing who you really are. The progression of the story seems to be flipped from what would be a more climatic transition. The message would be even more effective if “Levanter,” the ballad, led into the epic “Double Knot.” It would feel more like the embrace following the introspective search. With that said, the songs are two sides of the same coin, while being able to stand on their own. They complement each other and showcase Stray Kids’ diversity in style.