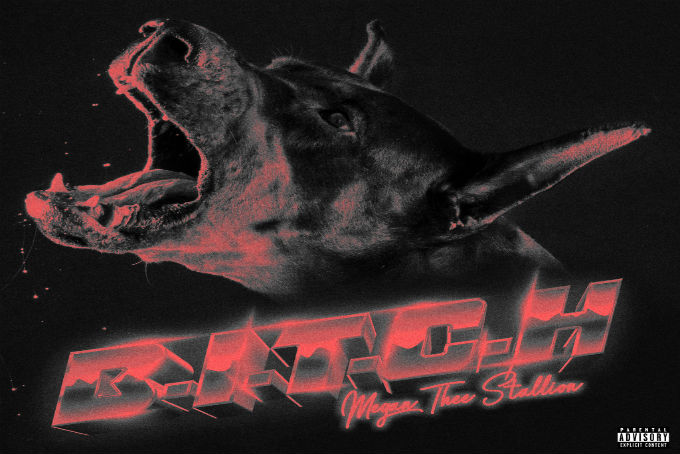 The seal of approval from the self-proclaimed Queen of Rap, Nicki Minaj is a hard thing to get. 2019’s breakout star, Megan Thee Stallion, made it look easy, and her one-woman crusade to make Hot Girl Summer a year-round event continues as she treats fans to yet another release. Bringing big energy and strong lyrics, Megan won’t be messed with on her new song “B.I.T.C.H.”

“B.I.T.C.H.,” which is set to appear on her upcoming debut album Suga, holds much of the same sentiments of Megan’s recent releases. Following the girl power of the Normani-featuring “Diamonds” (which served as the lead single for the upcoming soundtrack Birds of Prey: The Album), “B.I.T.C.H.” sees Megan continue to demand the respect she knows she deserves. Sampling Tupac‘s “Rather Be Ya N****,” Megan flips the message of the original, leaving behind Tupac’s heavily sexual lyrics and giving the track a wonderful 2020 feminist makeover.

“You know you can’t control me, baby, you need a real one in your life,” she declares on the chorus. “I ain’t turn into no bad bitch when you met me, boy, I been that / You tryna make me somethin’ that I ain’t, and I ain’t with that,” she proclaims in the verse. The track is full of similarly dominant and inspiring lyrics, leaning heavily into the overwhelming confidence and sense of self-worth that made Hot Girl Meg the phenom she is.

“B.I.T.C.H.” shows off Megan’s potential perfectly, nailing her timing and flow with ease. Lyrically, the track has some good one-liners, but is a little less awe-inspiring than the immaculate “Diamonds.” That said, “B.I.T.C.H.” marks yet another wonderful addition to an already impressive discography. After the release of the red hot Fever and the world-altering impact of Hot Girl Summer in 2019, it may seem like a hard task to have an even bigger year, but with “B.I.TC.H.,” Megan is already making 2020 the year of thee stallion.