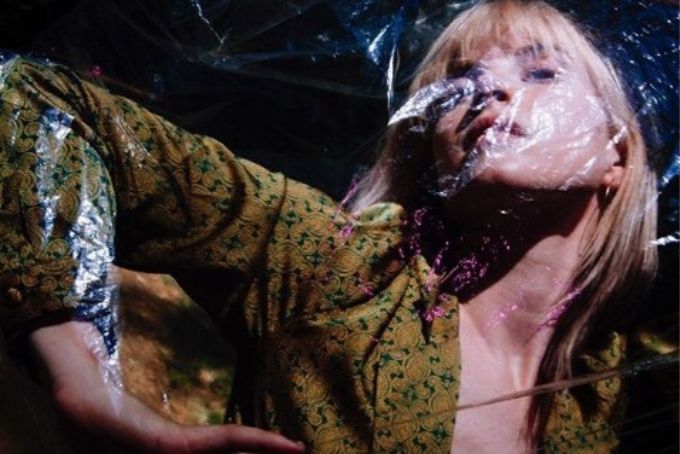 Paramore fans everywhere are rejoicing because the band’s lead singer, Hayley Williams, has made her solo debut. And they don’t even have to be worried about any Paramore bad blood, since the song was co-written and produced by bandmate Taylor York. Paired with a visually stunning music video, Hayley’s debut single, “Simmer,” is a dramatic departure from Paramore’s last album, After Laughter.

Since the release and touring of After Laughter in 2017, Hayley Williams has taken a bit of a break from music to focus on her hair-dye business, Good Dye Young. Although longtime Paramore fans will support her no matter what, they’ve been craving new music. Hayley teased “Simmer” for weeks with cryptic messages, sharing the link to a website titled Petals for Armor (possible album title?). When she finally announced “Simmer,” fans were ecstatic to learn that a solo career’s actually happening for Hayley.

=“Simmer” is one of the most interesting tracks released in the past few months. There are many intriguing elements to the song. For example, before each chorus Hayley whispers, “Give in,” using a strange almost whispered tone. In the song Hayley sings about controlling her own anger and knowing when to let it out. With poetic lines like, “Oh, how to draw the line between wrath and mercy,” we can feel the internal struggle Hayley’s trying to convey.

The music video completely matches the song’s mysterious-yet-upbeat nature. It’s a very cinematic video, tying in elements of sci-fi and action. Hayley’s shown running through the woods in the dark, naked. This represents the vulnerability of her experience writing “Simmer” and taking the time to think about these difficult emotions. She seems to be running from something or someone, but Hayley’s the only person shown in the video. This leads viewers to understand that she’s running from herself.

With her first solo project in years, Hayley Williams is letting us know that she wants to use her music to tackle hard emotions in a creative way. “Simmer” is sonically alluring with lyrics that are so complex it’ll take you a couple listens to fully embrace them. We’re so excited to see what direction Hayley takes this project, Petals for Armor, next.