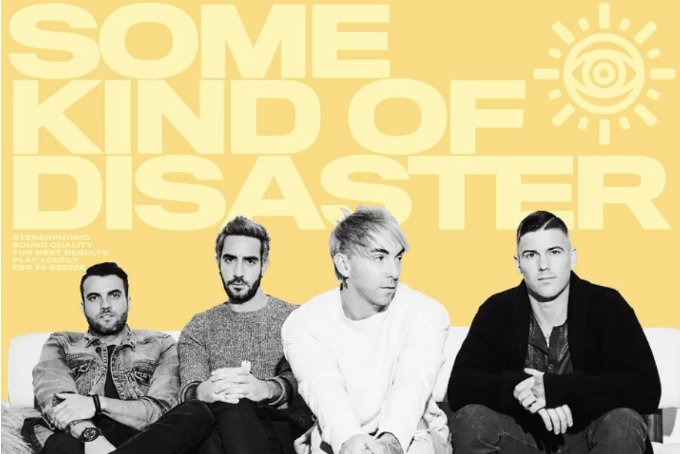 The last young renegades exited the story, so make room for “Some Kind of Disaster.” All Time Low is back to kick off a new album cycle, and it sounds so sweet. The Baltimore pop-punk quartet has not released music in three years, minus two singles, so their fans have been itching for an update. After weeks of teasing, we got “Some Kind of Disaster,” along with an accompanying music video. The song is peppy, yet emotionally vulnerable, and blends some of the best elements from their last few albums.

“Some Kind of Disaster” packs a punch lyrically as Alex Gaskarth sings about struggling with demons and things he’s not proud of in the past. All Time Low has been progressive with songs about mental health (“Therapy”, “Missing You”, etc.), helping fans have a deeper connection with the songs. The band said they spent time away to grow and heal. “Some Kind of Disaster” shows that growth and brings us into a new and better era of All Time Low.

Musically, “Some Kind of Disaster” is upbeat in contrast to some of the lyrics. However, it packs a punch. The single brings All Time Low back into pop-punk territory after previous tracks seemed to be less heavy. This is a song both old and new fans can enjoy. With Rian’s steady drumbeat, matched with Zack’s blaring bass and Alex and Jack’s dual guitars, the boys definitely bring on the noise.

All Time Low proves that after many years of touring and several albums, growth is still there. Taking time away from touring left the Baltimore boys to think, heal and create. If “Some Kind of Disaster” is any indication of what is to come, we are hyped! We are patiently waiting for album and tour announcements. Maybe this isn’t their weekend, but we have a feeling 2020 is going to be All Time Low’s year.