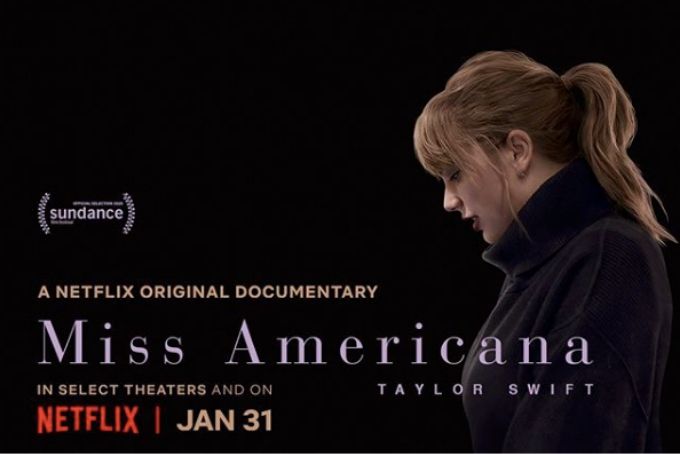 It’s been a long time coming, but this Friday Taylor Swift’s documentary Miss Americana will drop on Netflix. The film will give fans an inside look at her life over the last few years, taking them backstage and behind the scenes with Swift, her family and friends. Directed by Lana Wilson, the documentary premiered at the Sundance Film Festival last week to rave reviews.

In 2016, Swift took a break from the private eye and effectively disappeared. She reemerged in 2017 to give us the incredible reputation album and has started to attend award shows and give interviews again. However, Swift is still guarded.

With the release of Miss Americana, Swift invites viewers into her life. You get a behind-the-scenes look at the making of her most recent album, Lover, including clips of her hanging out with friends and collaborators Jack Antonoff, Joel Little and Brendon Urie. It’s also pretty much a given that Swift’s cats — almost as well-known as her at this point — will get plenty of screen time.

The film will also give some insight into her choices and career moves. The most notable one? Her decision to finally break the silence on political matters and give her support to Democratic candidates in Nashville during the 2018 midterms.

“This was a situation where, from a humanity perspective, and from what my moral compass was telling me I needed to do, I knew was right, and I really didn’t care about repercussions,” she told Variety.

The film explores the dark moments of her life as well. In her interview with Variety, Swift describes how her life as a woman in the public eye led her to develop an eating disorder. Swift also opened up about her current battle to own the rights to her catalogue, her experiences during her 2017 sexual assault trial and that infamous moment with Kanye West at the 2009 VMAs.

“That can push you one of two ways,” she told Variety. “I could have just curled up and decided I’m never going to one of those events ever again, or it could make me work harder than anyone expects me to, and try things no one expected, and crave that respect — and hopefully one day get it.” Swift later added: “I don’t think too hard about this stuff now.”

This attitude of not caring about the potential consequences is a running theme in the documentary and in Swift’s life now. She’s at a place in her career where she no longer has to play nice to get played on the radio. “I feel really good about not feeling muzzled anymore,” says Swift in the trailer. “And it was my own doing.”

Check out the trailer for Miss Americana here!