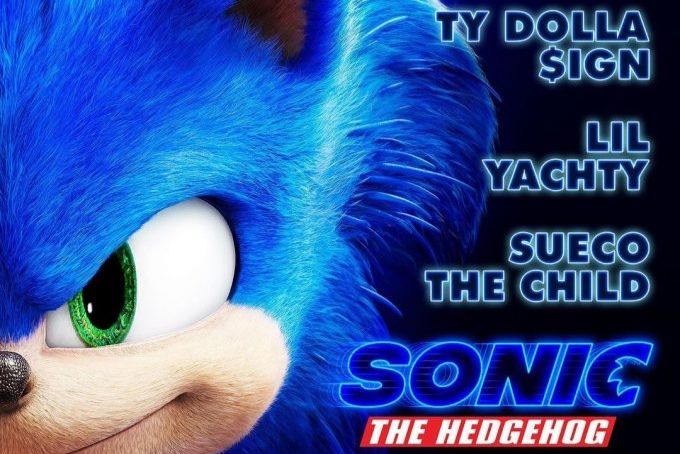 Wiz Khalifa is starting off 2020 hitting the ground running, literally; especially since he just recently released a huge collaboration ahead of the upcoming Sonic the Hedgehog movie, featuring Ty Dolla $ign, Sueco The Child and Lil Yachty, called “Speed Me Up.”

This fast-paced track fits perfectly with the movie and envelops the character of Sonic himself with its high energy beat and verses. Fully taking on the video game vibe, Wiz raps, “Rings of gold and awards sit on my nightstand” and “So I run // Seep me up,” playing to Sonic’s speed and the collection of rings in the game.

The visuals for this song are just as you suspect they would be for a song about video games, and yes, the rappers all seemed to get sucked into an old Sega Genesis and become part of the Sonic the Hedgehog videogame. Cute and filled with 8-bit-looking figures, it accompanies the song to a T. Starting the video out, Wiz can be seen blowing off a video game cartridge, taking it old school. Featuring shots from the new film, the rappers even run on the iconic Sonic tracks and dodge obstacles like a video game hero.

This is one of the first tracks released off the movie’s soundtrack with another rumored song from Riff Raff supposedly on the tracklist. After the wait for the movie, due to the main character’s redesign and pushback from the internet, Sonic the Hedgehog is finally set to premiere in the U.S. on Feb. 14, but you can check out the music video for “Speed Me Up” below! Let us know what you think in the comments or tweet us @soundigest!