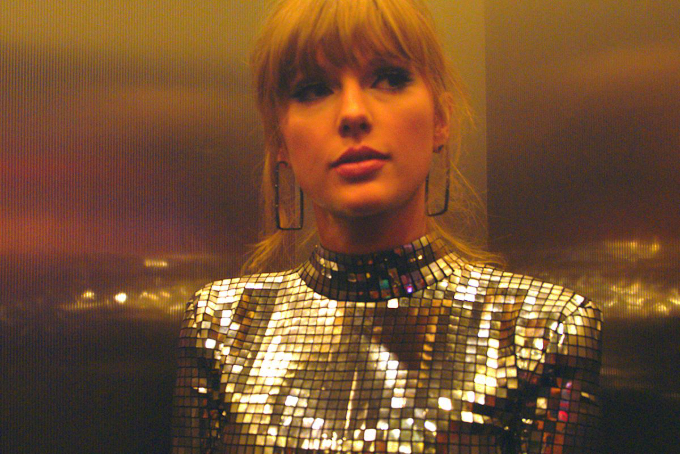 Taylor Swift‘s Netflix documentary Miss Americana was a revealing look into the pop star’s personal life and her rise to fame. From her debut at 16 years old with “Tim McGraw” to her infamous feud with Kim Kardashian West and Kanye West, we saw everything. She even showed us the side she once vowed to never speak about: her political stance.

So it’s finally out! #MissAmericana is on @netflixfilm and I’m really excited for you to see it. I want to thank @lanawilson for her endless curiosity and for wanting to make this film. It’s pretty wild to be sharing this much of my life because it’s pretty scary to be vulnerable! (understatement of the century) But I’m also so grateful to the critics and journalists who have so thoughtfully watched and reflected on the film. 🙏🌯🐱🎒🎶

The documentary shows the exact moment Swift broke her silence and posted that notorious caption on her Instagram, voicing her support for the Democratic Party and encouraging voters to get out and use their voice. This incited her passion to write “Miss Americana & The Heartbreak Prince” and her recent track “Only The Young.”

Swift was inspired to write “Only The Young” after the 2018 U.S. midterm elections following her denouncement of Tennessee senator Marsha Blackburn. Miss Americana shows Swift in the studio creating the track, explaining how the lyrics are meant to motivate young voters and social activists to keep going.

It’s a true testament to how the younger generation is going to change the world and how Swift believes in them. “They aren’t gonna help us // Too busy helping themselves // They aren’t gonna change this // We gotta do it ourselves // They think that it’s over // But it’s just begun,” Swift sings with a powerful conviction, leaving no doubt that her voice is very much needed in this time of political turmoil.

Just like Swift’s seventh album, Lover, the single is pop-heavy, reminiscent of the LP’s tracks like “I Think He Knows,” and “Cruel Summer.” “Only The Young” is another step in a direction we never thought we’d see Swift venture toward. She inspires millions while delivering a pop-perfect hit, and quite frankly, that is impressive.

The 30-year-old has discovered her voice in a sea of people trying to silence her, begging her to stay quiet, believing it could ruin her. Despite all that, Swift has recognized her ability to make massive change. She’s much more than just a game-changing music legend — she is a woman fighting for other women.