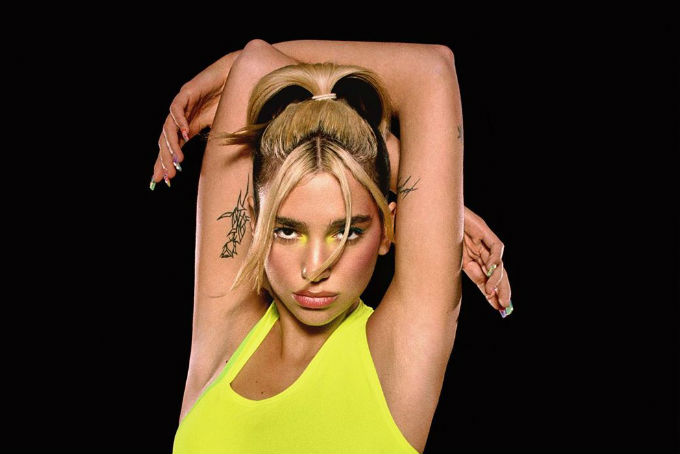 When Dua Lipa dropped “Don’t Start Now,” arguably one of the best songs of 2019 (if not the 2010s) as the lead single from her forthcoming sophomore record Future Nostalgia, it was evidence that she was ready to level up to true pop stardom. With the release of the album’s second single, “Physical,” she proves she already has.

While “Don’t Start Now” fully found its footing in the modern nostalgia of nu-disco, “Physical” finds itself delving in deep to ’80s synth-pop. While numerous contemporary artists have delved back to the era, such as Taylor Swift on 1989 and Lorde on Melodrama, few have done it as heavily as Lipa. The sexual nature of the track’s influence, Olivia Newton-John‘s incomparable hit of the same name, is definitely in place on Lipa’s slinky, sensual vocals in the song’s sultry verses, while the chorus of “Physical” is straight out of the most intense dancercise class known to man.

“Lights out, follow the noise // Baby, keep on dancing like you ain’t got a choice,” Lipa roars over the chugging, throbbing beat at the heart of the song’s hook. With a chorus like this, dancing or not dancing is not a choice; instead, it poses the near impossible task of keeping up with the track’s unstoppable energy. It’s deliciously infectious and rousing, an anthem for pop music lovers everywhere.

Lipa’s music video for her latest track also makes reference to Olivia Newton-John’s hit, calling back to the heavy LGBTQ+ elements of the latter’s own music video, as Lipa shimmies between a variety of sets of every color of the rainbow. The technicolor wonder’s a spectacle of enormous heights, perfectly capturing the vibrancy of the track.

It’s an unquestionable fact that “Physical” is one of the year’s best releases thus far and will likely still be among the best by the year’s end. However, if its first two singles are anything to go by, Future Nostalgia is going to be among the best albums of the past and future.