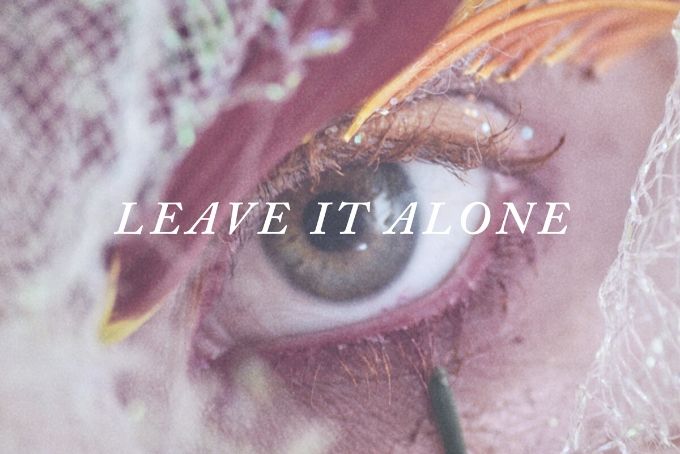 The last time we got to hear Williams in a solo situation, it was 2009 and the song was “Teenagers,” a country-influenced single that sat mostly untouched off of the soundtrack of the ahead-of-its-time horror masterpiece Jennifer’s Body.

But it’s now 2020. We’re a decade past that moment and we’re long past the dayglo orange girl that gave us that song. And we’re going to see the solo artist that is Hayley Williams. For real this time.

After the intense touring and writing process that came with After Laughter, Williams expressed the need for Paramore to take a break, and they did, but that didn’t mean that Williams herself took a break from writing music.

After debuting her first single “Simmer” off of her upcoming album Petals for Armor, the next single to grace our ears is “Leave it Alone,” and with both songs out, we’re starting to get a real feel of who Hayley Williams really is outside of Paramore.

Williams, in general, is an interesting figure to follow. Famous since the age of 17, she’s gone through a number of metamorphoses. Depending on when you hopped on the Paramore bandwagon, you might remember her as a sullen, burgundy-haired emo kid, a neon orange pop-punker, a straw-haired indie rocker, a teal-haired pop singer or, more recently, a blonde bombshell that’s forayed into new wave. A good portion of Paramore fans have literally watched her grow up or grew up with her.

But despite every iteration of Williams that we’ve seen, this is the first time we’ve seen her completely on her own. Not to say that she was ever hiding behind Paramore — in fact, her intense and vulnerable lyrics are part of what made them so famous — but it wasn’t purely her. It couldn’t have been. Part of being in a band means collaboration and Williams never denied that. The phrase “Paramore is a BAND” was famously scrawled on several shirts she owned and Williams has always espoused that she wanted to be in a band, not a glorified solo artist.

And she’s still, of course, in Paramore. But she’s grown up now, and the things that are being expressed in “Leave it Alone” (and the general vibe that’s been coming off of Petals for Armor) are things that need to be confronted alone.

Any long-time fans of Hayley Williams will note the clear Bjork influence (someone she has long idolized), both musically and visually. “Leave it Alone” in particular is somewhere between “Army of Me” and “Possibly Maybe” as far as music goes — and Williams has mastered the sort of ominous, mumbling monotone that’s a staple of Bjork’s songs.

(Not to mention that throughout most of the video, Williams is a cocooned butterfly. And it’s… weird. It’s really weird. And it’s probably not what the casual Paramore listener is expecting.)

Obviously this song and video are a metaphor for metamorphosis, change and likely for Williams, a second coming of age.

Gerard Way once said that upon becoming a “real” adult, he realized that he didn’t want to die anymore, but rather that he wanted to live — and it feels like “Leave it Alone” holds a similar sentiment. As Williams enters her thirties, it’s clear that she’s neither the angsty teenager from RIOT! nor the morose young adult of Paramore, but someone else entirely.

In contrast to Williams’ newfound appreciation for her own life, “Leave it Alone” also deals with the inevitable loss of loved ones — and what happens when we’re not actually ready to lose the people that we do. Maybe that loss is what made her appreciate life more or maybe it feels like a gut punch to her — now that she finally wants to be alive, people around her are dying. Ironic, isn’t it?

Mostly, “Leave it Alone” is a clear maturation in lyricism from her previous works. Even when compared to After Laughter, which showed some pretty hefty artistic growth from Paramore as a whole, both songs off of Petals for Armor have a nuance and subtlety that are generally missing from Paramore’s arsenal. Maybe it’s maturation or maybe it’s shyness. We won’t be sure until we get to hear the rest of the album.

Is Petals for Armor the end of Paramore? Probably not — but it’s the birth of a beautiful solo career — one that’s obviously giving Williams a certain creative freedom and grittiness that she was clearly missing as the frontwoman of Paramore, and it’s a clear step forward for her.

She has obviously hit a songwriting stride.