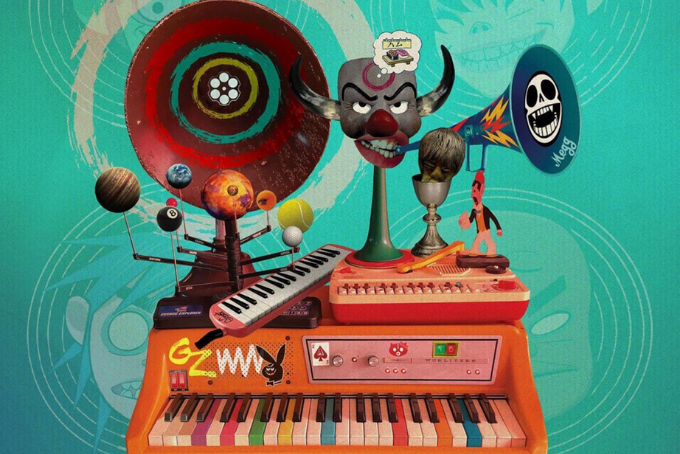 God, have the Gorillaz ever disappointed?

(Well, surely, they’ve disappointed someone, somewhere — but whoever that person is, they’re wrong.)

“Momentary Bliss” is a pretty typical Gorillaz song, which is to say that it mixes elements of Brit-pop, hip-hop and about seven or eight other genres (including shoutouts to The Beatles). It is surprisingly catchy (considering how weird it is) and in general, makes you feel very cool for liking it.

The first installment in a series of “episodic singles” that will be known as Song Machine, “Momentary Bliss” is a sort of spiritual successor to the song “Parklife,” an irreverent Brit-pop anthem from (real-life) vocalist Damon Albarn’s other project, Blur.

“Momentary Bliss” takes a stab at modern culture — the kind of culture that craves instant gratification (or “momentary bliss”), a culture that’s so oblivious it couldn’t find its ass with both hands, and a culture that’s more concerned with the surface than the reality.

Now typically, songs like this are nothing short of cringe-y and eye-roll inducing, especially from someone like Albarn. Generally speaking, there really isn’t much room for an aging white man rockstar (who, mind you, rose to fame with a genre that was famously vapid and debaucherous) to tsk-tsk society about being… well, vapid and debaucherous, but somehow, this song works.

Naturally, the best part of this song (and most Gorillaz songs) isn’t Albarn, but rather the people he manages to collaborate with — and the mix of political rapper Slowthai and the punk duo SLAVES is something that, as always with the Gorillaz, shouldn’t work, but totally does.

Slowthai’s impassioned rapping, in particular, is what makes this song — it is equal parts cutting and fun, which made this author actually sit up and listen. And when paired with SLAVES’ grittier punk elements and Albarn’s pop sensibilities, “Momentary Bliss” makes for a compelling single that will surely dominate airwaves soon enough.

(Without sounding too shady, this song is probably what Yungblud thinks he sounds like — the difference is that “Momentary Bliss” is lacking that overproduced sheen, and in this case, that is a very good thing.)

At the end of the day, what this Gorillaz song is, that so many other songs aren’t, is interesting while still being good. From the first listen, it hooks you and makes you want to listen again. It doesn’t need to “grow on you,” it’s not an “acquired taste,” and at the same time, it manages to actually say something, and in turn make you feel something, so you’re actively listening to this song — not just putting it on in the background.

And in today’s modern soundscape? Well, there’s something to be said for that.