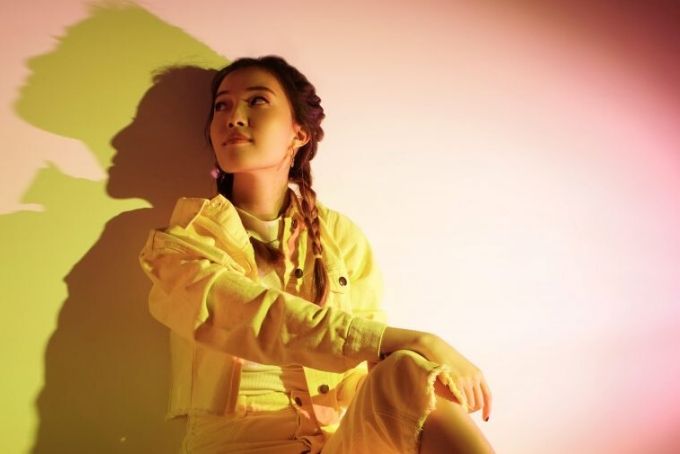 Best known for her work with the popular Singapore-based humor platform, SGAG, Annette Lee is not usually what you think of when you think of a pop idol.

She’s a singer, a director, a writer, an actress and an internet personality. Her first album was a folk-pop record, and instead of trying to seem perfect or polished, she leans into her “underdog” status.

With her newest single “Song for the Underdog” and her web series “You Only Debut Once” coming out, Annette Lee has firmly cemented herself as a champion for underdogs everywhere — and now she’s ready for her success story.

Hello Annette! Thank you for taking the time to talk with us today. Let’s get right into it. You just released your newest song, “Song for the Underdog.” Tell me a little bit about it! Are you excited it’s finally out?

Hello! No, thank you! And yes, I’m so excited about it. The song is an anthem for everyone one out there who have been broken and beaten down, who have been laughed at or belittled, who have been told they will never make it in life (myself included), to encourage them there is a hope to win that they just cannot see just yet.

As someone who (literally) has the phrase “uncool” tattooed on myself, the concept for your newest song hits home for me. But given everything, you don’t seem like a typical underdog — you’re a successful actress, musician, director, writer and even an internet personality. What made you feel like an underdog?

Hahaha, okay that is the coolest tattoo I’ve ever heard of and I mean it.

And I guess growing up, I always felt like the odds were stacked against me — I was never the cool kid (which definitely led to getting bullied), definitely not a rich kid, my family was dysfunctional and I was constantly falling ill — the list goes on. Yet I’ve also seen times in my life where I found victory after pressing on, despite the odds being stacked against me.

That said, there are always odds that stay stacked against me, and there are also new odds that come with each passing day (and I’m sure that’s the same for most of us), leaving me to feel like an underdog once more.

You’ve been working hard on your second EP — how do you think you’ve evolved from your first record, All Our Achilles Heels?

All Our Achilles Heels was themed around embracing our weaknesses — and through that learn to love honestly — in a world that celebrates strength.

I feel that “Song For The Underdog” continues that narrative and pushes deeper by discussing the constant battles we have to fight after embracing our weaknesses and surrendering our pride.

In general, I write a lot about being human and the questions that come along with that so I feel that part stays similar! I actually reprised an acoustic version of one of the songs from the previous album called “Remind Me,” because the song fit into the new album too.

OUT NOW on all streaming platforms!!! hit the link in my bio to listen to #songfortheunderdog!☝☝️ • i put so much of my heart into this one and it feels so special to finally share it with all of you. i hope yall enjoy this one 🙂 ✨

Your EP will be accompanied by a three-part web series “You Only Debut Once,” which is about a fledgling K-pop star trying to make it in the world. Tell me more about this project. Did you write or direct it as well as act in it?

I created the story, then co-wrote and co-directed it. And yes, I act in it too! I also wrote all the music in the show. We’re piloting three episodes of the six-part web series before producing the second half. It’s an off-beat comedy about chasing one’s dreams, because the lead character, Kandie Pok (played by myself), just isn’t that great or talented.

Also, why did you decide to launch this web series with your EP? Are they related at all, or was it just a happy accident that two of your projects will launch together?

“Song For The Underdog” is actually the theme song of the show You Only Debut Once and I wrote it while working on the story of the show.

So the show was inspired by a true event that happened in Singapore in 2017, where a bunch of Asian teenagers formed a ‘K-pop band’ and uploaded a K-pop debut video online and became viral overnight for all the wrong reasons. Brutal cyberbullies were calling them “cringey” and “ugly” and even sent them death threats, causing them to disband and retreat into oblivion.

I’ve always loved rooting for the underdog, and my heart went out to the girls, because their stories resonated with me so much; they were girls with a dream, being told they’ll never make it — a lot like who I was growing up. So I wondered what would happen to them ten years down the road: Would they still be chasing their dream? And that inspired the premise of the web series, as well as “Song For The Underdog.”

I actually listened to a lot of folk music during my university days (think Angus & Julia Stone, The Lumineers), which is when the bulk of the songs from the previous record were written, hence the influences.

But I grew up on pop and rock music, and wanted to have those familiar flavors in the songs. So we added a lot of current electronic pop sounds to manipulate the folk sound to create something electro-folk, but you can still hear that it’s largely rooted in pop and rock.

As I mentioned earlier, you wear a lot of hats. You act, you sing, you write — how do you balance all of those passions? I dabble in a few disciplines myself, so I know how hard it can be, but you do all of yours professionally!

I get this question a lot, and the honest answer is — I just don’t have a lot of fun… HAHA.

But I guess for me, work can be really fun. I’m so passionate about creating art that I love spending time writing new music and stories. I know this sounds like I live in a cave, but on the contrary, I love being around people too — being on set is actually my favorite part of the filmmaking process, because not only do I get to see words hit the screen, that’s also when I get to interact with the cast and crew, and there’s something magical about humans coming together to make something.

Of course, apart from the few fun bits, there’s also a lot of un-glamorous and tedious parts of creating a piece of work — so to avoid burning out I usually take deliberate breaks in between projects to travel, consume more art or meet with people to have conversations. But other than that, I really spend most of my time at work.

And of course, my favorite question that I love to ask everyone I interview — why should the world care about Annette Lee?

The world can be a cruel place to live in, and like many others, I’ve gone through a lot of the hurt and suffering growing up. But I want to use art to bring light to a world that’s getting increasingly darker, because the truth is, the world doesn’t need another cool musician or another great actor, the world needs hope. And if that’s what I want to spread, I’m sure the world could use some of that!