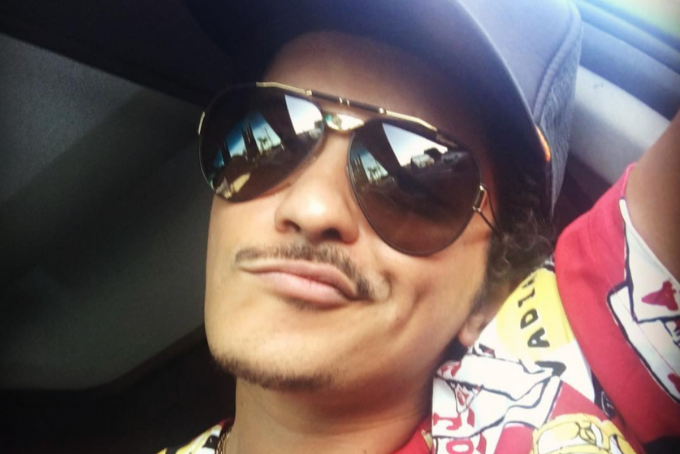 Bruno Mars and Disney fans, you’re in luck! The charismatic celebrity alongside the notorious company have just announced a shared deal for a brand new motion picture. Better yet, it is going to be an original musical, so get your singing voices ready.

The project currently does not have a name and the plot is also being kept under wraps. However, what we do know is that the movie will be comprised of a majority of original songs that Mars will create, produce and perform. Statements released about the project say it will be a music-themed theatrical narrative feature.

The international superstar shared this exciting new information with his social media followers on February 6 in a tweet that read, “’If your heart is in your dream // No request is too extreme // When you wish upon a Star” #MarsMeetsTheMouse #ImGoingToDisneyland #YESSS!!” accompanied by a piano cover of Disney’s Pinocchio’s “When You Wish Upon a Star.”

“If your heart is in your dream
No request is too extreme
When you wish upon a Star”🎶 #MarsMeetsTheMouse #ImGoingToDisneyland #YESSS!!😜 pic.twitter.com/L4nLzinmKa

With the abundance of recent popular music-related films, such as “A Star is Born,” “Bohemian Rhapsody,” and “The Greatest Showman,” this movie is destined to be a hit, especially if the “24K Magic” king is involved.

This feature film will also be Bruno Mars’ debut role in a major motion picture. He has previously appeared as a host on Saturday Night Live, an Elvis impersonator in 1992’s Honeymoon in Vegas, and even voiced a character in the animated film Rio 2.

Bruno Mars’ success is attributed to worldwide fame with the sale of over 200 million singles, 11 Grammy wins, 27 Grammy nominations and being a 2-time Super Bowl Halftime performer. During the 60th Grammy Awards, he even took home the “Big Three,” including Album of the Year, Record of the Year and Song of the Year. Mars has appeared on Time Magazine’s list of the “100 Most Influential People in the World” and Forbes’ “30 Under 30.”

Keep an eye on Bruno Mars, Disney and our social media for new updates about the film!