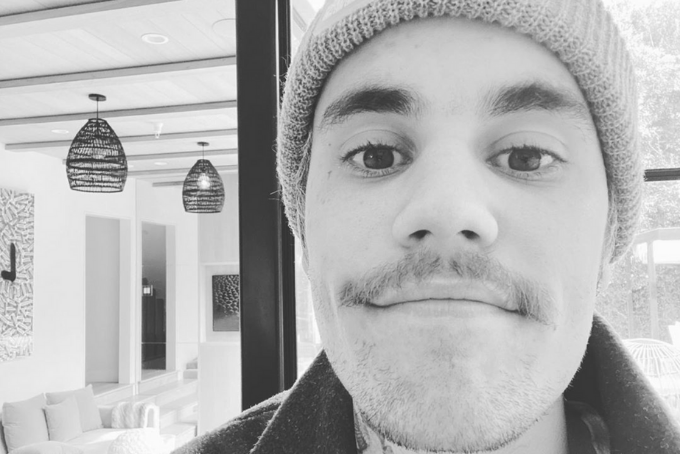 Justin Bieber dropped his latest single, “Intentions,” off of his forthcoming album, Changes, last Friday. The track is all about giving affection and attention. The singer-songwriter also continued this theme of giving when he gifted a fan $100,000 on MTV’s Fresh Out Live that same day.

The “Yummy” singer personally handed Julie Coker, a longtime Bieber fan (he was her first concert when she was 13 years old), the check. Coker, 22, is the president of the Active Minds chapter at Stockton University. Active Minds is a nonprofit organization dedicated to raising mental health awareness among college students. In her chapter alone, Coker has screened 3,700 people on her college campus living with mental illness, ranging from disordered eating to depression.

After the show, Coker told Streets Talkin that she had been invited to record a one-minute video promoting Active Minds. She had no idea that Bieber would show up, let alone hand her a $100,000 check for her work. She admitted that she was “very excited” when he surprised her.

Scooter Braun, Bieber’s longtime manager, walked out when the taping was over to bring Coker backstage. When all of them came back out, Braun announced that he brought Coker backstage so that she and Justin could have a longer conversation since their interaction on camera was so quick.

Coker told Streets Talkin, “He was wonderful. He’s so sweet and kind. I said, ‘Congratulations,’ because he got married to Hailey, and he asked me about my mental health story, and I told him that.”

The $100,000 will go towards Coker’s plans for graduate school at Monmouth University in New Jersey, and the remaining amount will be given back to the Active Minds organization and the chapter that she created at Stockton University.

Mental health has been a very important topic for Bieber, which he has addressed more recently when he revealed his ongoing battle with Lyme Disease. In his 10-part YouTube documentary series, Seasons, he has also detailed his ups and downs with his mental health in relation to his past drug use.

Giving back to a fan who is raising mental health awareness on college campuses was an incredible move for Bieber.