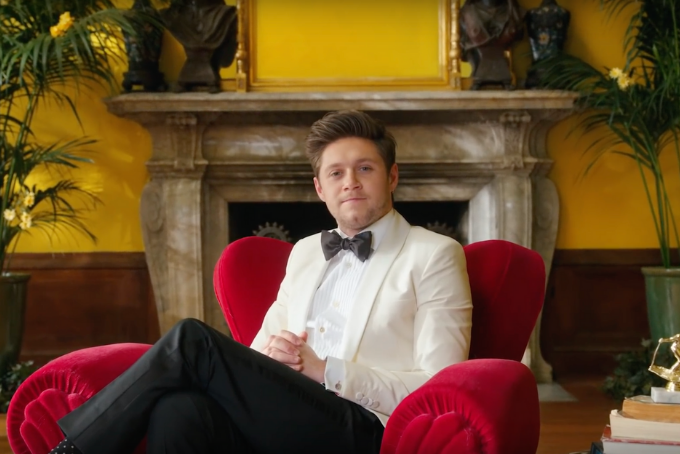 Finally, some new music from one of our favorite former 1D boys! Niall Horan dropped his third single last week, “No Judgement.” The single also came with a music video, as well as an album announcement. Horan’s sophomore effort, Heartbreak Weather, will be released on March 13.

“When I listen to albums, I like to listen to them start to finish,” said Horan in a statement about the album. “With Heartbreak Weather, I wanted to tell the story that was in my head, hopefully lead people down the storytelling lane of an album tracklisting versus just, ‘I’m gonna skip to the next one.’”

“No Judgement” is an uptempo track, influenced by some of the calypso beats that pal Ed Sheeran has been playing with for the last few years. The lyrics describe a relationship completely free of anyone’s opinions, in which Horan and his partner can be themselves.

“When you’re with me, no judgement // We can get that from everyone else,” he sings over a bright guitar riff and an infectious beat.

some news I KNOW you lovely people will want to hear. My second album is called ‘Heartbreak weather’ and is out March 13th. I have worked so hard on this album for the last 18 months and I am soooo ready to release it. I had the time of my life making it and when you hear it on March 13th, I hope you’ll be able to hear that in the music. 2020 is going to be a fun year for us, let’s enjoy it to the max. Until then here’s an album cover and an album title 😂

The music video follows this theme, showing a tuxedo-clad Horan as he watches an older couple. He sings along to the track as the eccentric couple paint shirtless pictures, eat shrimp from between each other’s toes and pee off the deck. It’s truly a “no judgement” zone.

The song is radio-friendly, yet still unique. It’s nice to see Horan experiment with new sounds.

“In the last album I kind of half pigeonholed myself, because that was how I was feeling at the time — I picked up an acoustic guitar and wrote ballads, because that represented me and how I wanted to announce myself on to the music scene,” Horan told Billboard.

Horan will begin his upcoming tour on April 20, with Lewis Capaldi and Fletcher as openers.