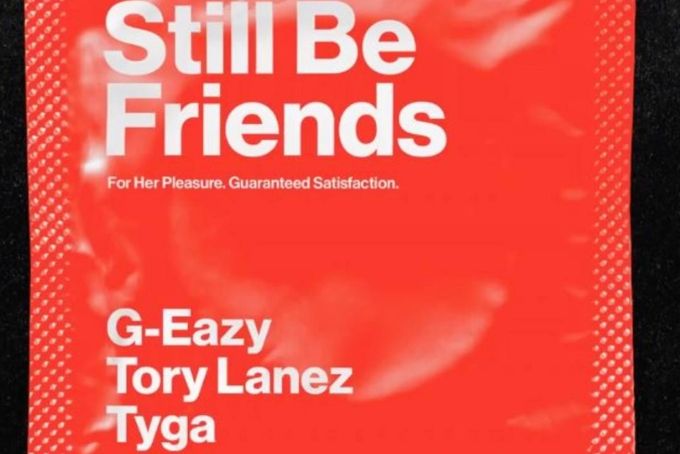 G-Eazy, Tory Lanez and Tyga have come back as a trio and dropped a new collaboration, “Still Be Friends.” Not only does each singer provide vital verses for the catchy track, but their voices complement each other’s well from start to finish. After listening to the track, we can confidently say that the “King of the Bay” and his friends have released a club banger with no warnings and we’re here for it!

The song goes into many details, from G-Eazy referring to the crib from Scarface, 1983 to comparing himself to Mike Lowry from the film Bad Boys. Moreover, Tyga compares himself to Adam Sandler from the film Big Daddy and drops a shout-out to 50 Cent‘s song “In Da Club.”

The single starts with a signature tagline from producer Foreign Teck. Following up, G-Eazy and Lanez ease in by simply asking, “Can we be friends with benefits?” As the track progresses, Tyga brings the fire with his verses. Each artist puts his own spin on his verses, making them personal yet powerful, and definitely a banger for upcoming parties.

I almost forgot .. THIS BANGER HAS ALSO BEEN UNLOCKED 4 THIS WEEK TOO 🔓🔓!!!! @g_eazy @tyga and YOURS TRULY 😁 .. #StillBeFriends AVAILABLE ON ALL STREAMING PLATFORMS 💎😈🔥☔️☂️🌊🌊

The question still remains as to who the rappers are talking about throughout the song and who exactly this song was intended to be heard by. But for now, dance to the song and post it on your Instagram story for G-Eazy to re-post onto his. Listen to the song and let us know what you think about it!

One thought on “G-Eazy, Tory Lanez and Tyga Reference Movie Characters in “Still Be Friends””