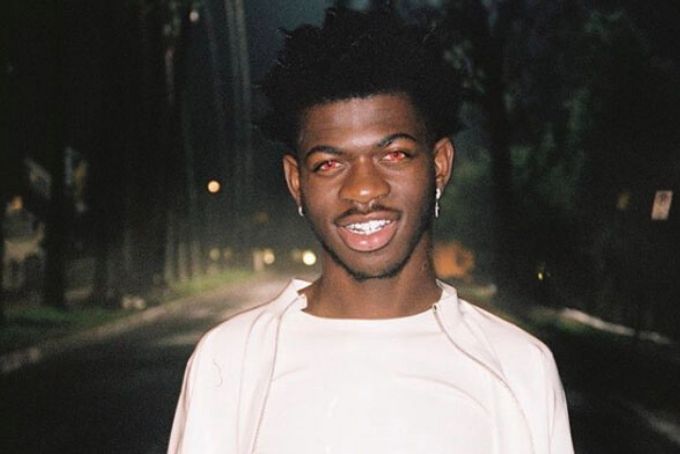 As we’ve seen in the past, Lil Nas X doesn’t hold anything back when it comes to his music videos. His new video for his single “Rodeo” shows Lil Nas X living in his own horror movie. Lil Nas X used inspirations from Michael Jackson‘s “Thriller,” Buffy the Vampire Slayer, Vampire In Brooklyn and The Matrix to channel the character he portrays in the music video. The “Old Town Road” singer took to Twitter to show fans his inspirations and give some insight into what to expect from the video.

In the beginning of the video we see Lil Nas X answer a call in a mysterious-looking phone booth. When he asks what the caller wants, the unknown caller asks, “Want to play a game?” to which he replies, “Why don’t you say that to my face?” As soon as Lil Nas X hangs up the phone, he’s immediately bitten by a vampire and begins his transformation.

Lil Nas X then dances down a foggy street where civilians try to scare him away with garlic and wooden crosses, but he’s unbothered as he keeps dancing and sings, “I didn’t mean to make you mad // I don’t like when you’re upset.” While completing his transformation into a stylish vampire, Lil Nas X sports a spiky leather outfit with some shiny fangs. Later on Nas comes in for his verse and it’s clear that The Matrix was an inspiration. At the end of the video we see Lil Nas X hanging upside down like a bat and fully accepting his new vampire form.

Overall, we truly enjoy how much effort Lil Nas X puts into his videos and how he uses his creativity to tell a story. We loved his modern take on some classic horror moments, which made his video like a short film. Lil Nas X even took to Twitter shortly after the release to joke that The Wiggles would be the next ones featured on the remix and they seemed to love the idea!

We have no idea what is going on but this is the greatest 😂 https://t.co/LnNvIXTsHR

This past year has been amazing for Lil Nas X, and his way of mixing country and hip-hop together to create his own style has been incredible to watch. Check out the video for “Rodeo” below and be sure to let us know what you think! We cannot wait to see what Lil Nas X does for his next project!