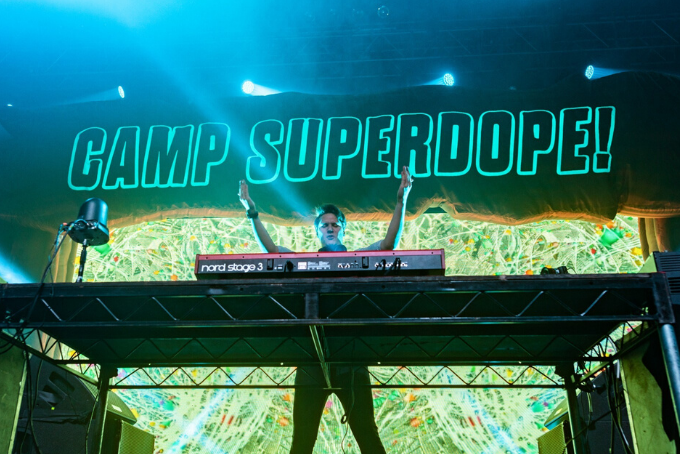 Matoma truly brought the party to Boston’s House of Blues on a Wednesday night. His set was full of energy, crowd interaction and great visuals. The atmosphere was incredibly inviting and social — I witnessed people making friends left and right. Not one person on any level of the venue was standing still, that’s for sure. Every time the Norwegian DJ would go on to the next song, the crowd would react out of pure excitement and happiness. It really was a sight to see.

Hit set list included a number of many crowd pleasers, showing off his immense talent of remixing some of the biggest hits of the last couple years. He played unique remixes of “Something Just Like This” by the Chainsmokers and Coldplay, “One Kiss” by Calvin Harris and Dua Lipa, “In The Name of Love” by Martin Garrix and Bebe Rexha, “Dance Monkey” by Tones and I, “Scared to be Lonely” by Martin Garrix and Dua Lipa, and “Symphony” by Clean Bandit and Zara Larsson. Although these current hits excited the crowd, what really got them hyped were the throwback remixes like “Old Thing Back” by Notorious B.I.G., featuring Ja Rule, “September” by Earth, Wind, and Fire, “Ain’t No Mountain High Enough” by Marvin Gaye and Tammi Terrell, “Wonderwall” by Oasis, and “Viva La Vida” by Coldplay.

Who can blame them? These tunes are all classics.

Rocking in Boston with @marengjertsen and every single one of the beautiful 4000 people showing up over the 2 nights at @hobhouston ❤️ On night two I got quite emotional, thank you for always coming out and dancing & spreading love 💕//📸: @gregfryy

The stage set up, combined with the visuals and special effects, added to the already lively environment. On either side of Matoma’s DJ equipment were two huge inflatable palm trees. Above the screen, there was an enormous banner that read “Camp Superdope,” which is the name of the tour. It really felt like a traveling summer camp, which was a unique theme choice — though we certainly aren’t complainging. Crazy visuals to match the music were displayed on the screen above Matoma while he worked his magic, including multicolored dancing bears and funky patterns.

Throughout the show, Matoma interacted with the crowd quite a bit, pointing at his fans and sharing moments of excitement. He kept calling the crowd “beautiful Boston,” which was met with cheers every single time. At the end of the set, he showed off one of his lesser-known talents by playing the piano, which truly surprised the crowd.

To finish the night, Matoma invited the other acts, Two Friends and Win and Woo, back on stage to take a photo with the crowd. It’s safe to say that Boston will not forget Matoma’s set at the House of Blues. If you’re looking for a concert to completely let loose and feel like you’re a part of a community, the Camp Superdope Tour is definitely for you.